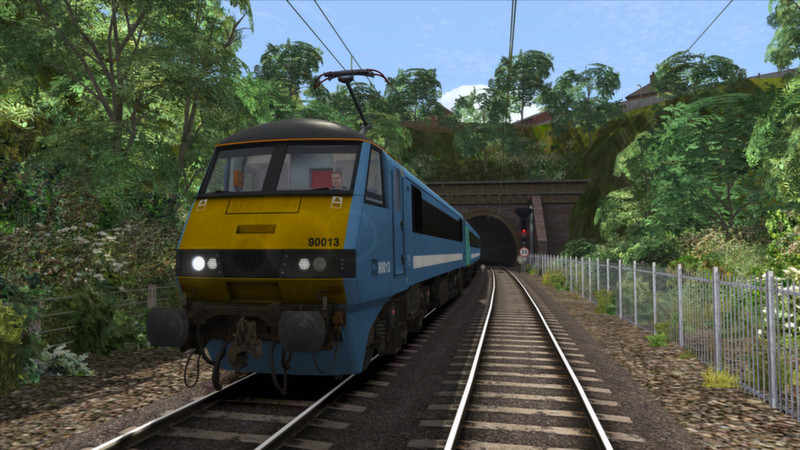 A mainstay of BR’s locomotive fleet in the 1990s, the Class 90 was a replacement to BR’s ageing fleet of electric locomotives, and is now available for Train Simulator in two liveries that are ideal for the Great Eastern Main Line London-Ipswich route.

In the days of British Rail, many high speed services across the UK rail network were operated by Class 90 electric locomotives, often in ‘push-pull’ formations with a Driving Van Trailer (DVT) and full consist of coaches. Following privatisation of the UK rail network, the fleet was transferred to private operators for both freight and passenger operations.

A total of 50 Class 90s were built by BREL Works in Crewe between 1987 and 1990 and were designed for a top operating speed of 110mph (180 km/h), operating from 25 kV AC overhead power and producing 5,000 bhp (3,700 kW). The models were also fitted with a Time Division Multiplier (TDM) to operate push-pull trains with a DVT, enabling fast turnaround of passenger services and removing the need for the leading locomotive to ‘run round’ its coaching stock.

After privatisation of BR in 1996, half of the Class 90 fleet were transferred to freight traffic, reclassified and modified to operate at a lower speed. The remainder of the fleet was transferred to private operators, including DB Schenker, Virgin Trains and Greater Anglia. The latter company now operates 15 Class 90s on services between London Liverpool Street, Ipswich and Norwich.

The locomotive is also Quick Drive compatible, giving you the freedom to drive the Greater Anglia Class 90 on any Quick Drive enabled route for Train Simulator, such as those available through Steam. Also included are scenarios specifically for the Great Eastern Main Line London-Ipswich route (available separately and required to play these scenarios). 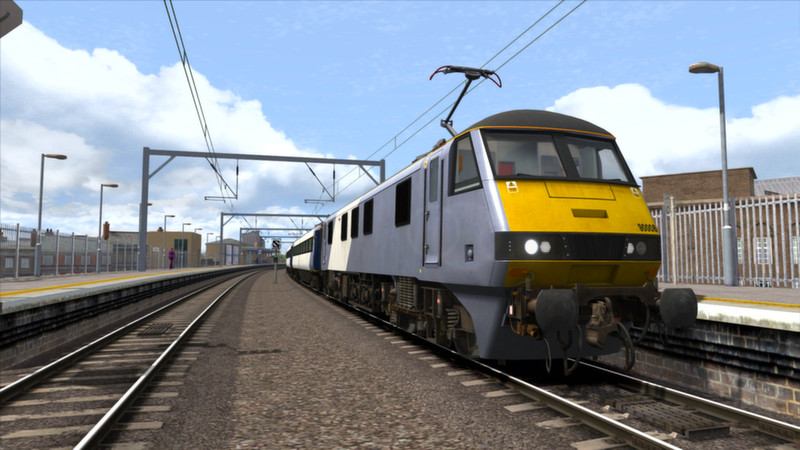 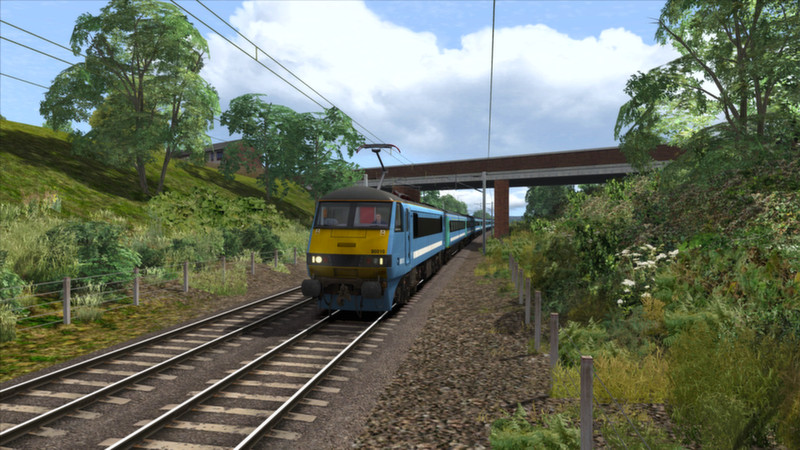 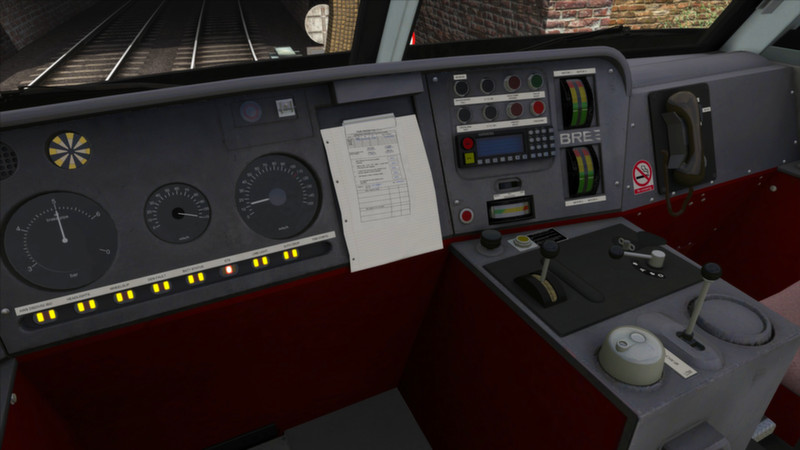 This is an Armstrong Powerhouse addon, that was released under DTG. Highly reccomend this realistic loco, that comes with basic and advanced control methods.. Do I recommend this loco? yes definetely. Its one of my favourites.. One of the most advanced locos in the game - well worth it as part of the UK collection

Pros:
+Tons of features and advances simulation
+Sounds are (of course for AP) excellent
+The horn :)
+Decent scenarios, with more on the Workshop
+Includes HUD and advanced version

Cons:
-Can steal a few FPS here and there
-No passenger view

Struggling to think of much that's bad about this, well worth it in the UK collectio, along with the GEML and the PDL (and some other things), and an excellent addition to both teh GEML and the WCML. My advice- just buy it :)
. Great loco, with plenty of in-cab things to do. Also has a full start up procedure, which can be fun, as you have to set up both ends of the train before driving away. No passenger view from the train, which is a shame.

*Be aware that the scenario's are very heavy on cpu usage due to the amount of AI traffic included in the scenario's, people are reporting the level not working etc, make sure you have HD Space to be able to run this, and have a decent graphics card installed*

The levels themselves are great fun, a lot of rush hour traffic, showing how hard this section of line works during a working week.

Train is also great on QD on other lines.

Is it value for money? Yes, if your computer can handle the load.. Wonderfull add-on and well worth the money. Detailed cabs in both the loco and DVT. The GEML and Class 90 are a great match. Setting up the loco makes a nice change compared tomost other scenarios. The only issue I see is not being able to view inside the coaches. Apart from that, thumbs up here :). Good Engine good horn and whistle. The scenarios are terrible, and it doesen't work atall for me in Quick Drive, but the actual TRAIN is superb. You also get to drive fro the MK3, but the doors don't open when I collect passengers.
overall, Very good route