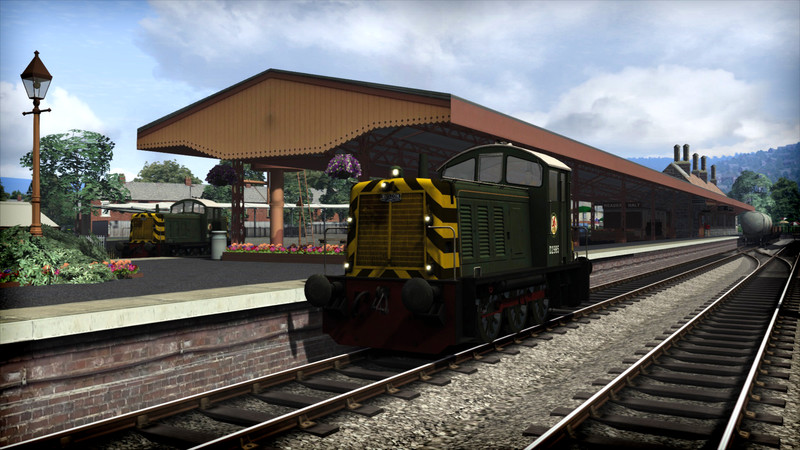 One of the smallest classes of diesel shunters built for workings around one of the UK’s largest dockyards is now here for Train Simulator, developed by Skyhook Games.

The diminutive 0-6-0 Class 07 shunter was designed specifically for use within Southampton Dockyard and to replace ageing tank steam locomotives used previously in the dockyard. Their short wheelbase was designed to negotiate the dockyard’s tight curves, but the shunters packed enough power for general shunting duties and to occasionally marshal Ocean Liner trains around the dockyard.

The 14 locomotives were built in 1962 and entered service in the same year, delivered in old green BR livery but changed to the obligatory blue livery in the early 1970s. Their single ‘off centre cab with mirrored left/right controls gave drivers all round visibility – an essential requirement in the busy dockyard.

When part of the dockyard’s internal railway network closed in 1973, the class began to be withdrawn, and by July 1977, all had been made redundant. However, many of the Class were put to work with industrial users and seven has survived into preservation today.

The locomotive is also Quick Drive compatible, giving you the freedom to drive the BR Class 07 on any Quick Drive enabled route for Train Simulator, such as those available through Steam. Also included are scenarios specifically for the West Somerset Railway route (available separately and required to play these scenarios). 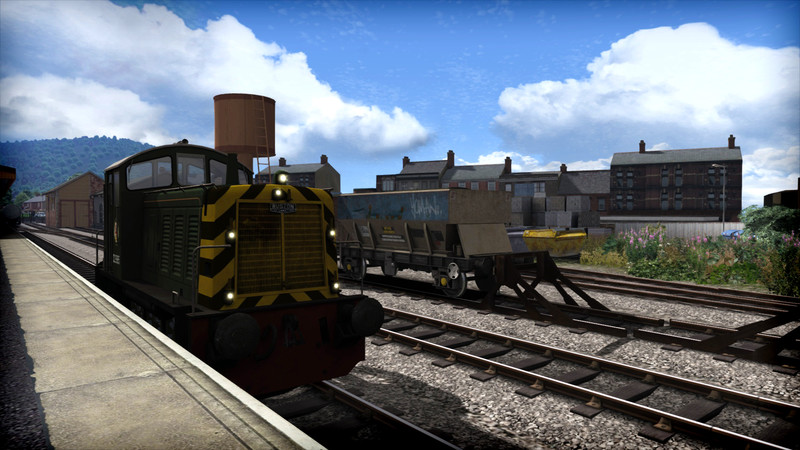 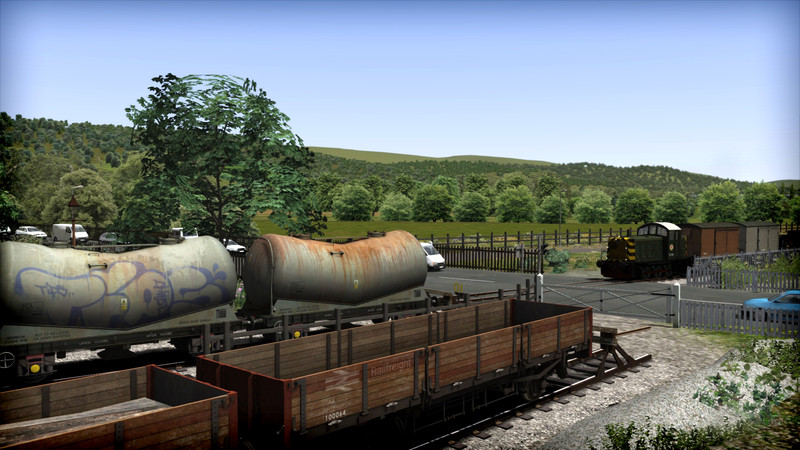 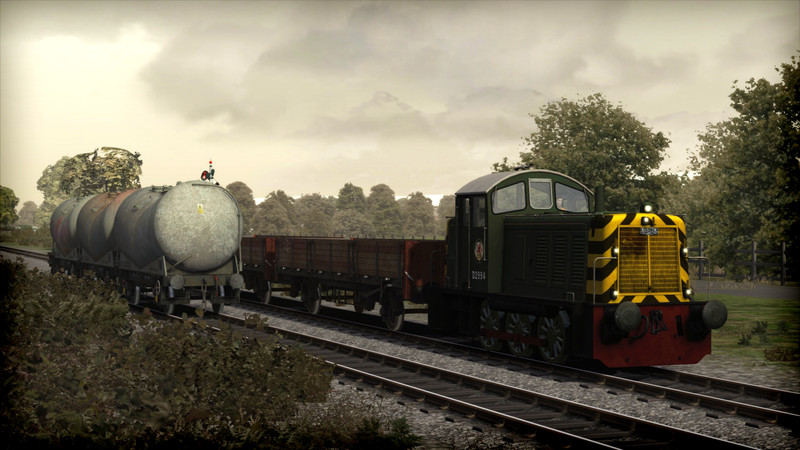 First off, I will start with stating that my expectations are based on experience I have working on and driving a real preserved BR Class 07 Shunter. The model of the loco in and out is pretty good and accurate, including the movement of axle lubricator pump which is driven by the side rods. But we don't all buy these sim models to simply look at on our computer or to tow it with another loco, otherwise it would be great.

Sadly the developers have cut a huge corner by using the engine sounds, performance and speed from what I am assuming is one of the BR Class 08 add ons. (Another locomotive I have had real life working and driving experience on in preservation). To me this is a huge disappointment because the 07's and 08's are 2 totally different machines and have very very few mechanical similarities. The 07's have a higher maximum speed than the 08's, But they don't have as much power and tractive effort as the 08's. Also the engine of an 07 is a compact fast revving V6 and sounds completely different from the 08's large slow revving straight 6 engine.

In Summery I can't recommend this add on as I was simply expecting an 07.... Not an 08 in disguise..... I recommend the class 07 because last year or this year DTG or SKG fixed the missing texture in the cab of the class 07. I think the class 07 is really great for classic shunting and also I would recommend getting the br blue class 07 livery with it during a sale. But anyways I would highly recommend the class 07.. i like this engine yea its mostly an 08 with a diffrent cab model and horn but i like it its fun to use. Great loco, texture issue has been fixed, sounds could be much better. Hi
I've been waiting months for the missing textures in the cab to be fixed. The developer is aware but has chosen to not fix this issue