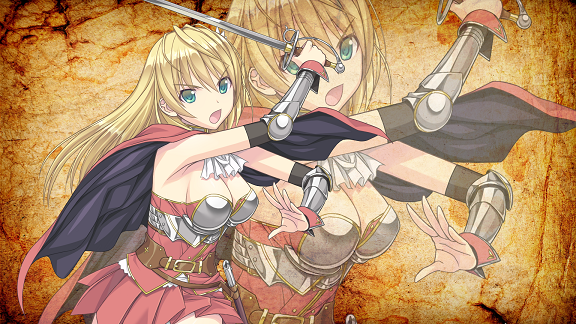 Disgusted by the actions of her own country, the aristocratic knight, Lu 5d3b920ae0


THE MOST ANNOYING GAME IN THE F***ING EXISTANCE. It is missing basic systems like AUTO-SAVE. Which made it unplayable for me. You never know when you are even allowed to save. No way of knowing if there even is an quick save button. Played it for 30 minutes and when you make 1 single -up you can expect to restart from the beginning and read all the story again and even on the fastest setting it is still annoying to even skip. Many of RPG-maker games have much faster skip option with crtl+space that is apparently missing in this game. EDIT: It is not missing. The combination is different than the other rpg-maker games I have played before. It is the "Enter" button. If you have to pay 10 euro's for a game that is missing the most basic of systems in any game than you can just as well throw your money on the street, will be much better used than on this crap. Auto-save systems exist for more than 30 years and they cant even make it for a 10 bucks game. There are some pro's as well.. I'm halfway through this game and I'm enjoying it so far. Great art, voice acting, and a simple but well done combat system. I reccomend this if you're into these types of games.. Pretty good game. You can play wholesome or not. Hopefully, they'll also release the sequel.. Neat story and well-done visuals.. This is a great game that hits all the right marks for those who know what they're looking for - do your research to make sure that is you before you dive in and you will be duly rewarded. The art is absolutely A+ and truly plentiful, and the story and gameplay are brief and on the shallow side for a JRPG, but impressive for an inexpensive indie project like this that offers as much as it does to its target audience. Compromises were made in all the right places. Auto mode for visual novel scenes unwisely cuts off voice playback even at the slowest setting, and the autosave still seems a bit wonky even after updates, but you really don't need it, so just play as if it doesn't exist. The translation isn't perfect, but it's plenty good enough. These inconveniences are all very minor and do little to distract from the game's many high points. Support the continued Western releases of niche games like this if you appreciate what the creators and localization teams are doing. I've just finished the sequel, and I'd recommend that even more highly for anyone who enjoys this one.. Can't recommend this one. A poorly conceived JRPG where the horizontal stairways in the game simply don't work properly. Laziness abound, all the graphics are still images that may be stretched in various directions to provide 'animation.' It's cheap. It's about on par with a typical JRPG on the 8-bit Nintendo. The music is ok. The voice acting is actually good. But only one character is voiced, yours. The 'scenes' consist of a series of still images and voice acting. Not worth your time and effort. Spend your money on a decent anime film to get some real enjoyment. Leave this game for the really bored amoung us. Lastly, the game required a patch from the publisher to unlock the adult content. But I wouldn't bother, it's not even worth your time.. Gameplay is quite decent, also repetetive. Its another oneof Kaguras pervy games so install the R-18 patch if you want to see the images. The game itself is pretty good and the story makes sense in a cruel and sadistic manner. The game itself is enjoyable even without the pervy images.. I have a soft spot for these sort of tongue-in-cheek sexploitation games, but this one is just way too brutal. Most of them give some sort of absurd barely-plausible reason why the protagonist is always having sex, but this one just starts with a whole bunch of flat-out zero-consent prison torture and serial Awful. Uninstalled.