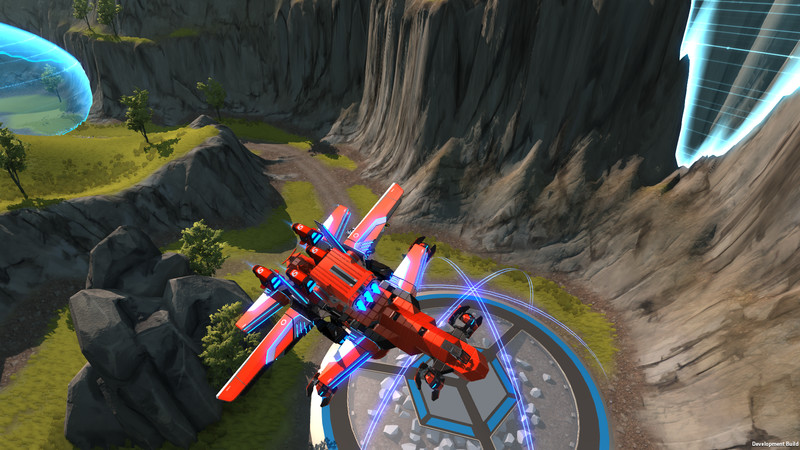 Build insane, fully customisable robot battle vehicles that drive, hover, walk and fly in the free-to-play action game Robocraft. Add weapons from the future and jump in the driving seat as you take your creation into battle against others online!

DRIVE - Jump into the pilot seat and test out your robot design against AI. Jet cars, tanks, flying warships, helicopters, drones; almost any vehicle is possible in Robocraft!

FIGHT - Battle online in vast battlefields against players from all over the world on dedicated servers. 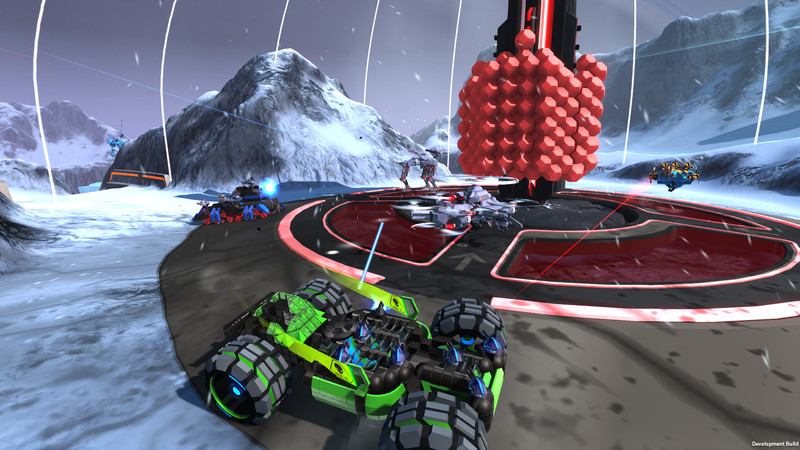 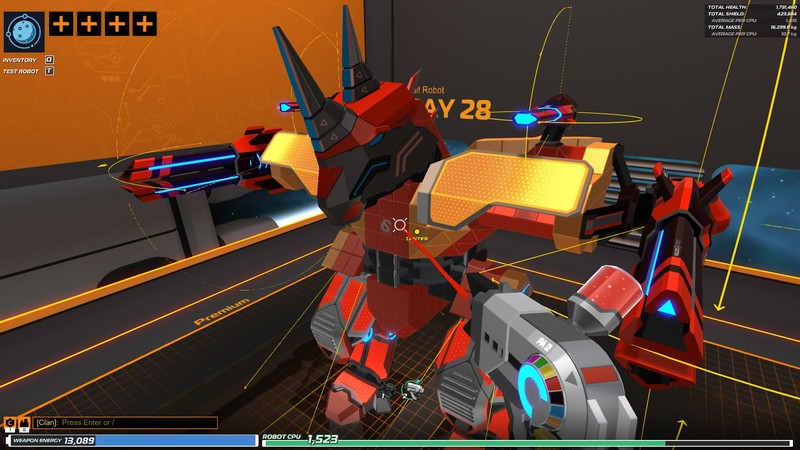 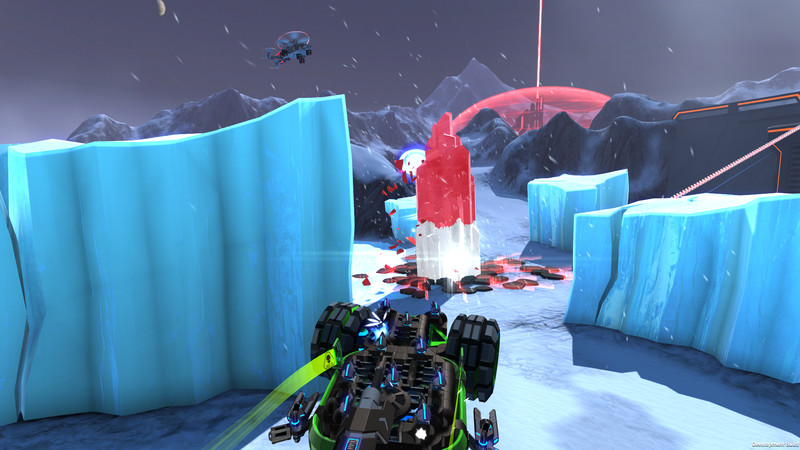 Game's good, but PLEASE, bring the Tiers back. It'd be quite imbalanced if a guy with full exotic arsenal would play with newbies.. I used to love this game. I started playing it when it was pretty new (around early 2014) and it was amazing then. I stopped playing after a while, and didnt play it for quite some time. Then one day I was looking through my library, and i saw this game, and I though "Hmm that was pretty fun, I had a good tank, maybe Ill login and see whats new...". That turned out to be a mistake.

Aside from the building of the robots themselves, the game shows almost no similaritys to the fun and creative idea that it was in the beginning, and the only bots you see now are tiny, op balls of smgs that can somehow defeat a plasma tank that is 5 times its size. In addition, the loot crate system is just a front for the devs to make a cash grab with premium. Even if you somehow manage, as a new player, to do good in a match, and get a decent loot crate, you only get HALF of the loot from that crate unless you pay for premium access. Yes, "see that legendary\/epic weapon\/part in your loot crate? HOORAY for you! But guess what, you dont get to have it unless you pay us money!". And on top of this the recycling system, putting in parts to get "robits" to forge new parts, has an appalingly low return rate, which can only be increased by getting premium. And even then the return rate is low.

The devs alos saw fit to get rid of the capture the flag game mode, and replace it with a glorified version of deathmatch called Brawl. It is essentially everybody against everybody deathmatch instead of team deathmatch. Apparently they thought we needed two deathmatch gamemodes instead of just one. It has no teamwork or strategy like the capture the flag mode used to have, its just kill everyone else and get money. If i wanted that kind iof mindless crap I would go play Gta V.

To say the least I am VERY disappointed in the direction this game has taken, and the utter lack of attention the devs give to the opinions of their community. Like a disproportionate number of other games in its genere, it has become all about the devs making money. And yes, i understand perfectly well that they need money to make and upkeep the game, but making it an unbearable grind and ignoring all advice from their players is unacceptable. 2\/10, Ill be back when they start listening to us.

. Wow u guys rly \u2665\u2665\u2665\u2665ed the game up... I think I ll try playing this next year :D
If dev smart enough, they will start paying attention to community.. I say they should change robocraft back to the old tier version. This game has really taken a Dump. Years ago i liked it, you could buy blocks that you needed, there was a tech tree, etc.

Now its a Grindfest with horrible balancing. You cant even build a decent vehicle\/robot with the parts you mostly get.
Its just Pay to win now, i still wanna know how this game is ''mostly positive'', Must be thanks to the kids that like grinding their life off and buying themself op\u2665\u2665\u2665\u2665\u2665\u2665
Good job Freejam, you killed your own game. Old robocraft was so much better, it had an technology tree, weapons that worked and you had to have at least some skill to win, you could carry or be carryed by your team.

Now all guns are terrible, you can't do anything you want unless you give money to 'em, you can't even PAINT your robot\/car\/air unit, I used to enjoy this game extremelly much

You had to battle alot to win upgrades, now, everything is desorganized and paid.

Poor Robocraft, what have you done to yourself ?. sigh.....


Really isn't much you can really do to get through to the devs. In fact they don't listen at all. I loved this game so much and put many hours into it. I did manage to play it for another ~20 hours after the "Epic Loot" update somehow but it got repetitive. That update in my opinion being the WORST adition you can possibly put into a game where you BUILD the robot the wa YOU want it. That update has made it literally the hardest thing to do due to it's mechanic. It could've been handled better like just a new reward you get along with earned currency. I got bored with this game real quickly because I couldn't really experiment that often or freely with new weapons and modules because I couldn't buy them.

overall was good pre box era. Now really difficulit to get a foothold.