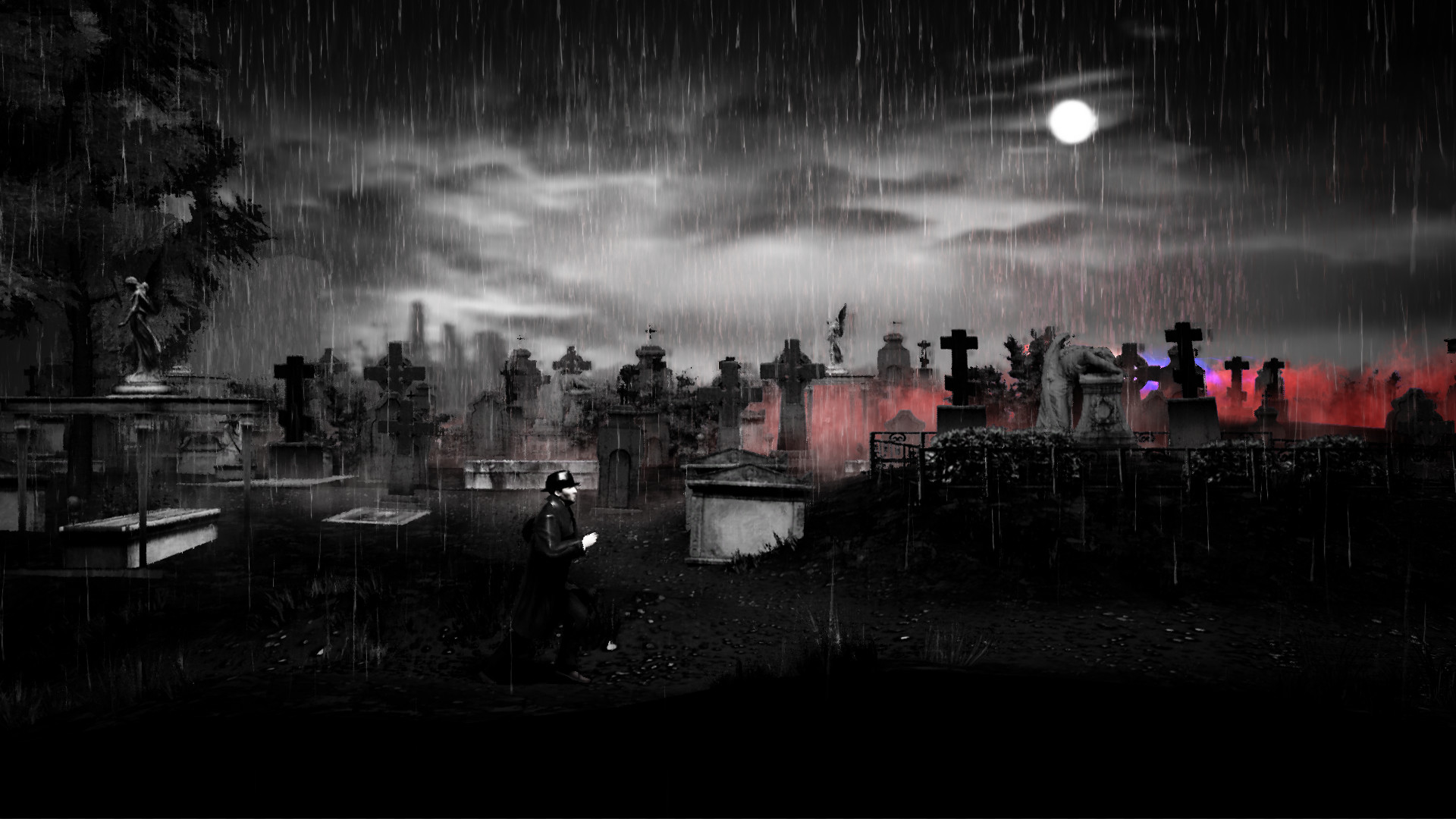 James Renoir was a police officer, serving in the main precinct in a metropolis rotten with crime and violence. The influence of the mafia families had even spread through the corridors of city hall like poisonous weeds, all the way to the highest levels of political power. The police, paralyzed by the city’s corrupt government, were powerless to do anything about it – mere toys in the hands of the true power.

However, with a new, young and aspiring politician in city hall, things take a turn for the better and Renoir is promoted to Detective for his effort in the fight against crime. With his new-found access to better classes of society, he eventually meets the woman of his dreams.

But just as everything seems to be heading in the right direction, two shots ring out, turning his world upside-down. Solving this case is now the only thing that matters to him, because as he sits with his back against a cold gravestone, he realizes that the body six feet down is his own...

Now a ghost, Renoir possesses a unique ability that allows him to control phantoms around him and use them to solve environmental puzzles. Seeking justice from the shadows, he must tread carefully and avoid light at all costs. James’s ghostly form must backtrack over his last steps in the world of the living, recollecting his memories and searching for the clues that will lead him back to his murderer. 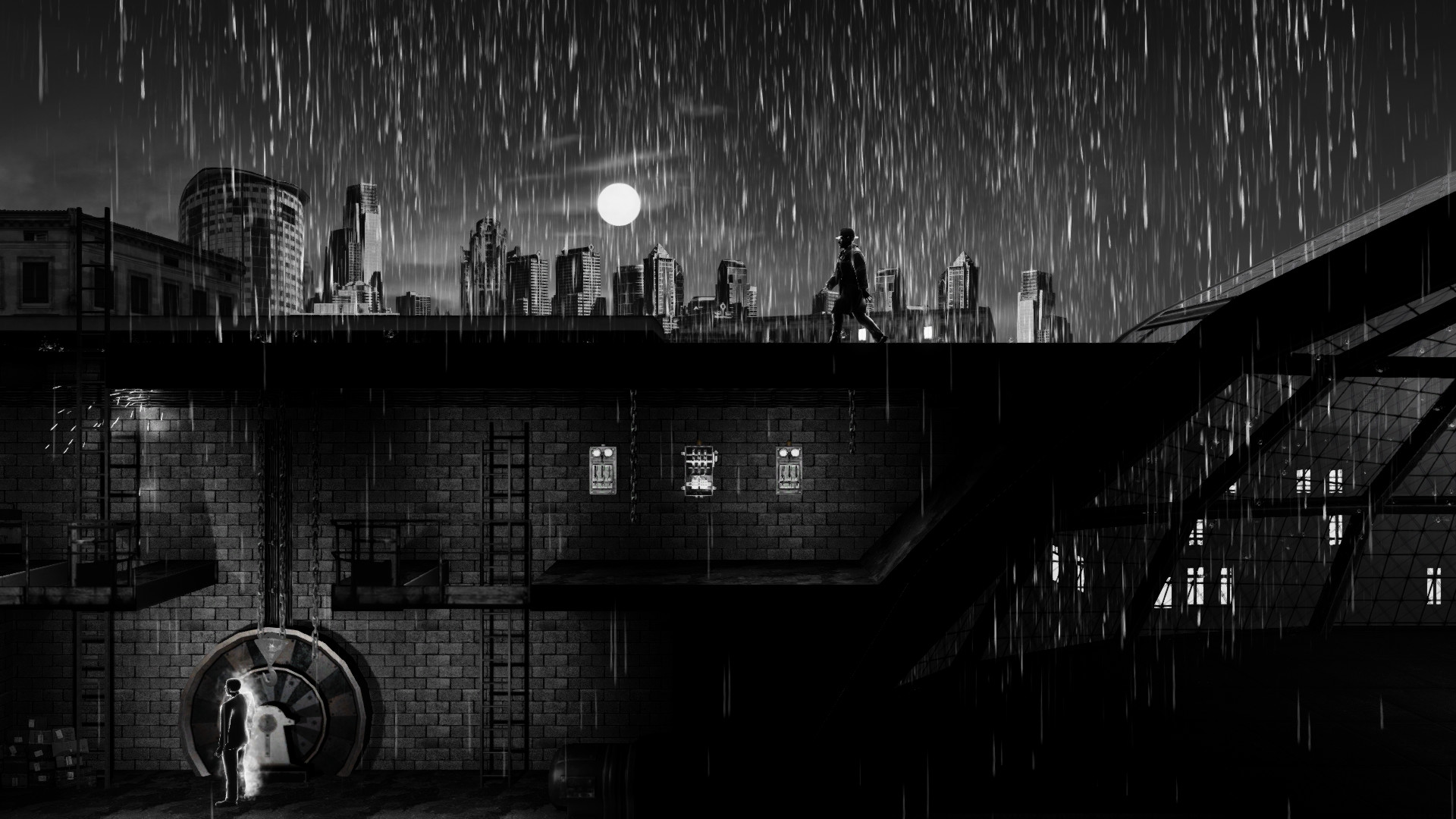 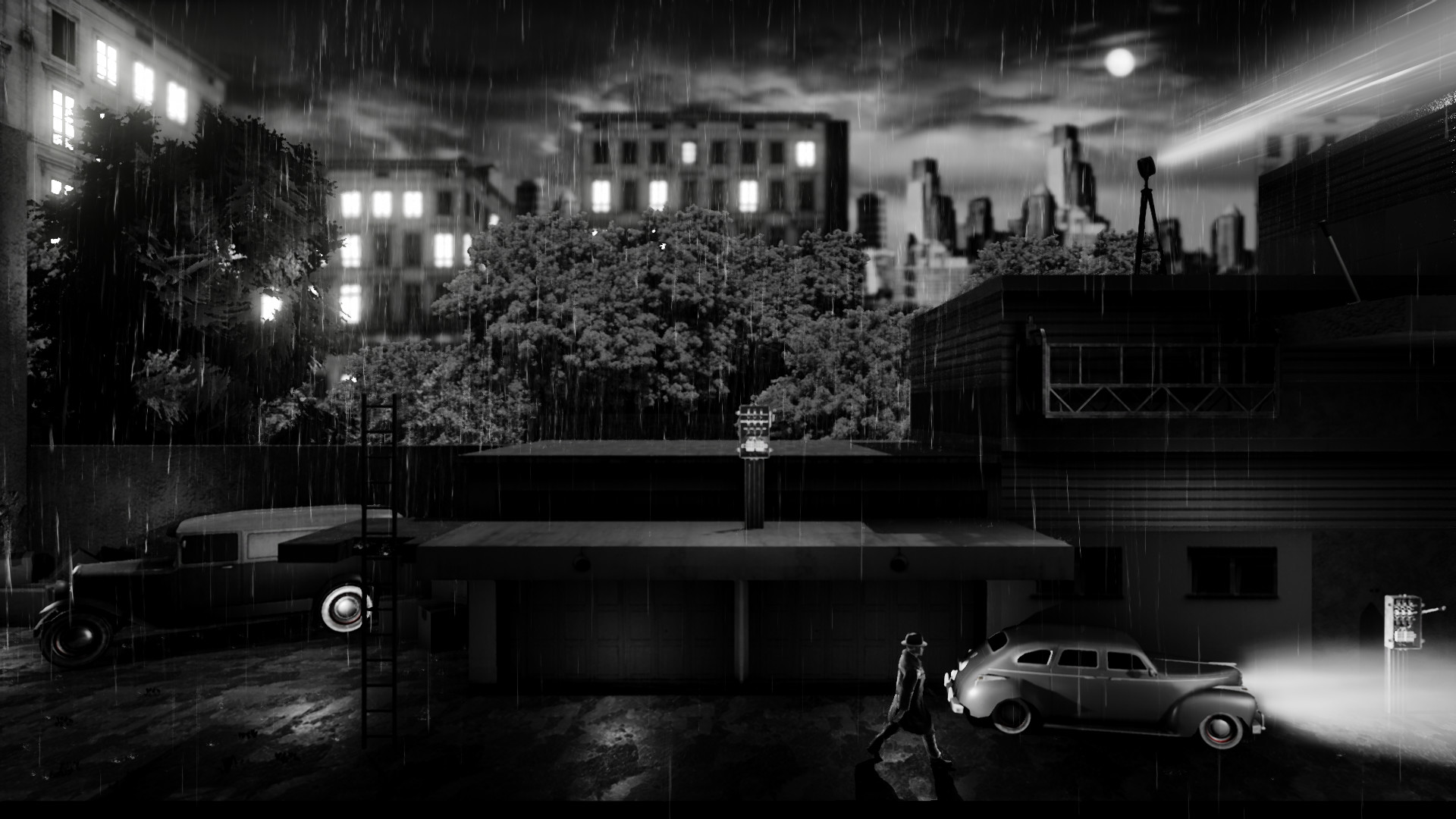 Absolutely the last thing this game should be called (or tagged as) is a "Noir adventure." I'd lean more towards "Awkward at best black & white Puzzler." It is NOT an adventure game in any way as far as I'm concerned.

[Noir is not defined simply by a color palette and the inclusion of a "grizzled" detective, as a head's up to any other developers seeking to cash in on this style.]

Great sound design (except the player character, who's English VO actor sounds like a teenager,) and cool visuals (except the player character who looks awkwardly stretched from a 4:3 aspect ratio into a 16:9 environment. Is this a student project? I sure hope so...because man, is it awkward...)
Add in the constant need to deny the "install UE4" pop-up every time the game starts, the overly long and unskippable intro logo videos, and the strangely long loading times for a mostly monochromatic sidescroller and you're left with a somewhat unprofessional mess.

All in all it is a good-looking indie effort, but the frustrating controls combined with timed repetetive puzzles make this nearly plot-less, mobile-quality game virtually unplayable. It didn't have me rushing for a refund, but it will be relegated to the pile of unloved\/unfinished games in my library after just a scant half hour of struggling to enjoy it.
Not fun.. As a person who likes Indie games, puzzles and noir style, I can easily say that this game sucks. Even it's good style can't cover the failure of gameplay. They simply used noir style to sell their bad game, that's it.. In all honesty this game is great. A slow exploration with a lot of puzzles. Plus the atmosphere is done in a great way. You feel like you are in a noir movie, observing the backgrounds. I found myself walking rather than running, looking at each and every detail. The mechanic of moving the ghosts is kinda hard to get used to, but once you get it, you find that the actual puzzles are fun to get through.. So far I love it! I haven't find any bugs or issues that might prevent me from playing it. But if I do, I'll edit this review.
I would recommend this game for all who like a Sin City style, mystery, lots of puzzles. It has great atmosphere and its overall dark gothic presentation.. A fairly simple puzzle game in the vein of SWAPPER with a traditional noir whodunit story--no surprises here. There were really about 3 puzzles that got me stuck for a while but otherwise not very difficult. I feel like these graphics could've been used to better effect for a point-and-click adventure but still, not a bad little game.. aaaaargh, AAAAARGH, the controls, THE CONTROLS!!! Game ruined by unresponsive controls.