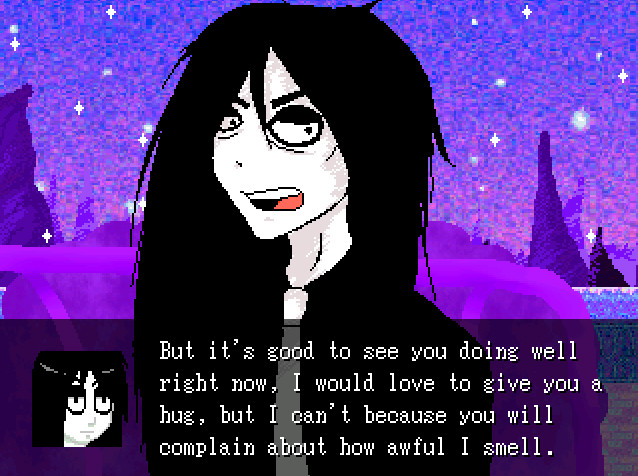 Guilt Is The Feeling That Makes You Human.

The RPG in which you take control of a girl named Nawara, who lives with her adoptive father who lives as a magician (Or maybe not?) and the rest of their family. (Though they aren't related by blood)
One day you both decide to fetch a magic flower. A plant which will grant you a wish for every petal it has. These flowers are very rare and usually grow once every three years.
However, you will lead Nawara to fall underground, transfoming her into someone she's not and thus a person she will never recognize. With the knowledge of who she used to be and trying to overcome her new persona, it is your task to help Nawara through her journey and reuntie with her father! Of course there will be many outsiders iching for a fight in your path, but don't let that stop you from making new friends and experiencing everything else in this pandemonium filled adventure!

WARNING! BEFORE YOU PLAY: This game is not intended for anyone of the age of 12 or below and may contain sensitive subjects to certain people, and not to mention it contains a shitty humor which not everyone will be able to tolerate, so don't play this game if you can't stand strong mature humor (Such as the one shown in the trailer), but most importantly: I DON'T want anyone with a case of photosensitive epilepsy or anyone who is susceptible to a seizure to play this. If you are familiar with any of these conditions, please... DO NOT BUY OR PLAY THE GAME, THIS IS A VERY SERIOUS WARNING. Viewer discretion is advised. 7aa9394dea 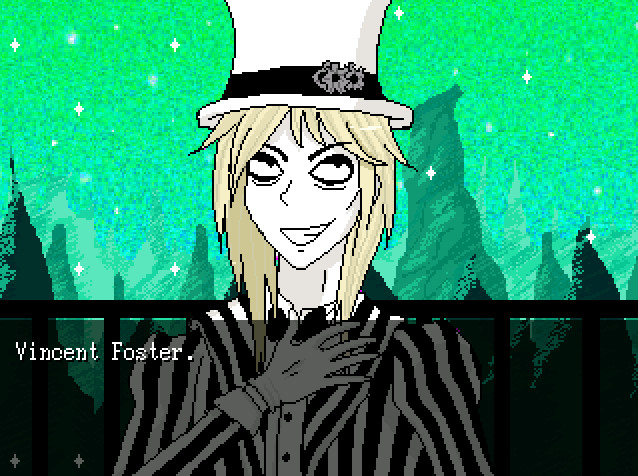 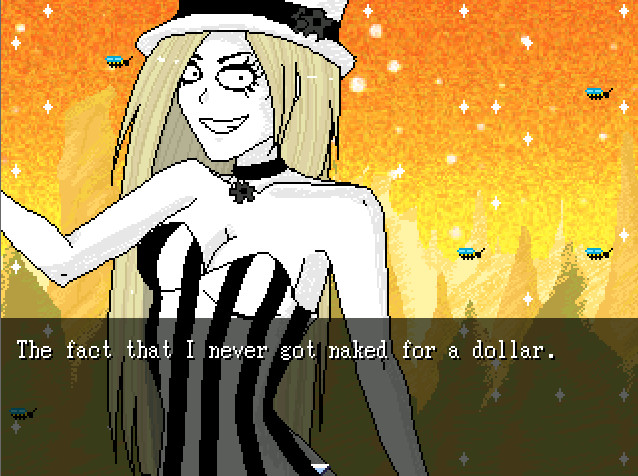 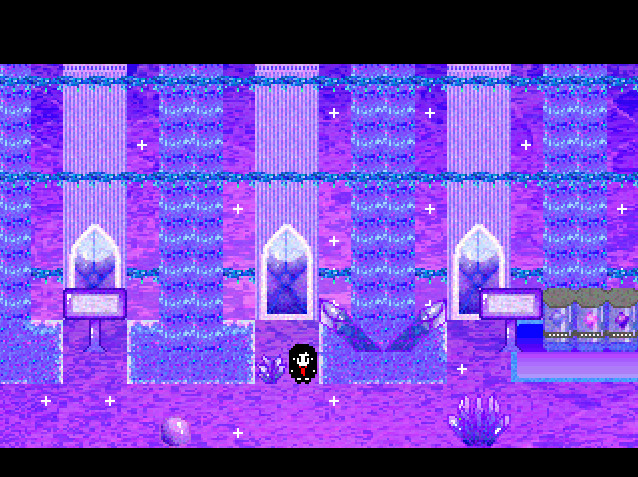 
A unique and original story.

CONS
Not so great music but it was made by the same person who made the game so you cant get mad at it
HP items in end game are weird. You can buy 400 HP for 180g or Full HP for 200g????? Of course the full HP one is the better option so why even include 400 HP in the shop in two areas of the game during end game???
The battle system isn't so great, if you don't tap "Z" on the battle screen the enemy will get keep getting free hits. Auto fighting is not recommended during the end game bosses.
Doing math in a game, I just don't like doing math, especially not in a video game
Puzzles that require some thought, I know most are simple but I don't like it.
Black screen, the screen will fade to black and wait there for a couple of seconds during cutscenes, feels like wasted time.

I dunno, I felt like overall the game has a charm to it and it was truly original in it's story telling so I can't get mad it. I did however find that the end game making me really angry playing it lol.

There's a boss battle with cards in the bg and the music hurt my ears and the screen was shaking and I didn't like it then the battle would be normal again. And, throughout this fight, the boss damage towards you is in basically hurting you for 100 hp. When you're fighting, you cant auto fight because your character will try to use a gun or something and I swear I saw 0 damage when using it so I didn't use it and you need to pay extremely close attention to your health or you'll go back to the title screen and walk and rewatch stuff again.

The end game boss battles are just frustrating because they hit you so much and your hits feel like nothing because you're missing a lot. Getting like 2 hit's every full HP usage sucks because if you don't tap "Z" on the battle screen the boss will keep hitting you and you'll lose the battle and you'll go to the title screen and have to do stuff and rewatch everything. !?!!?! Even with the huge amount of full HP restorables, it just wasn't very fun.

Now that it's all over, I feel better. I can only say that the game is unique in it's story telling and it's different than other games out there and that's good. Play it for a unique story.
. Ok this is one of the first games that i've had to just put down, because I was floored by how bafflingly bad it is. This deepfriend cluster♥♥♥♥ of an rpg maker asset flip has some of the worst visual design i've ever seen. Every screen is a cluster♥♥♥♥ of poorly made spritwork, that leaves one to imagine what damned hellscape they've wandered.

Now I saw that it says the creator has been working on this since they were ten, and that is totally beliveable. This dialouge was written by an absolute cretin. Not only is the MC a smarmy ♥♥♥♥♥, it reeks of the lackluster storytelling that makes for the next indie hit since minecraft. You may have fixed the grammar, but you didn't fix the writing

Now even if a game has a shity story, it can be saved by gameplay. Not this trainwreck. The character moves at a pace best described at the universal heat death. With the little direction the game gives you, finding your way around is like watching turtles ♥♥♥♥ing. Just because you pride the game on its "real or is it?" factor does not excuse dreadful level design and lack of direction.

In short, this is Undertale without the Heart, Soul, Passion, Determination, Talent, Maturity, or bare ♥♥♥♥in essential ability required to make a proper videogame. This game was gifted to me and because of that I know longer have a best man at my wedding, as opposed to what the main menu says, I will not, in fact, "Load this♥♥♥♥♥♥". I absolutely adore this game! I love the theme and style. It's unique and very interesting, which makes it fun to play! I also love the humour used, I couldn't stop laughing at some points of the game. All I am going to say now is that I love everything about this game, I can probably make a long list of reasons why. I recommended this game to some of my friends, and hopefully they will take it into consideration! :^)

I 100% recommend buying this game if you are atleast a little interested in it. It's cheap and it's awesome!. It was normal RPG Maker adventure game with not very good story and dialogues, but with nice art and world. But there is this stupid hard battles in the end, and I haven't any desire to ♥♥♥♥ with this.. i was brought to this game basically by the tags 2D/fighting & usual i dont really like this whole retro/pixel game waves because i grew up with tons of it in the NES/SNES/MS/MD era but idk why this got my attention and it is adorable. i fell hard for Nawara. i hope theres coming more. 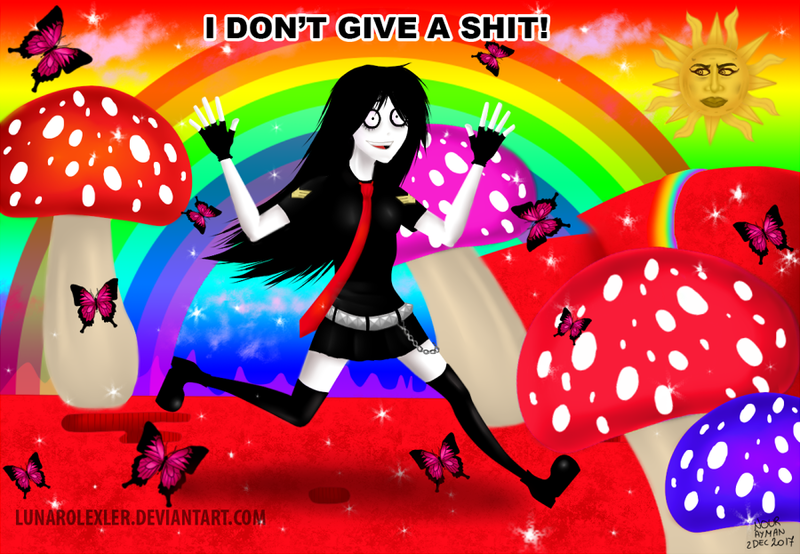 It will be today for people who live in america at 6 PM, however to people who live in europe it will be here in 1 hour and 20 minutes (aka the next day, 10th May) Also I apologize for the trading cards thing, Steam needs to collect some data to make sure I'm trustable enough to create some, but don't worry guys, we will do it! Thank you all!. Illusion official disCOCK server:
I know that a lot of you have been asking for this so here it is ;) just set this right now !
with personalized emojis!
Don't join if you don't have a high sense of humor.
We are all friendly there
https://discord.gg/Sf2cbXf

. About Illusion in general:
Now I don't know how to start this because I don't believe I've got a lot to say despite the trading cards coming soon once Illusion hits the new steam confidence metric; Illusion took almost half of my life, even though this game doesn't show it, I spent 8 years working on it, so I can't really erase the fact that this game is now a big part of my life, and thanks to it I've made so many nice friends on steam and a lot of friendly people I love talking to, this game is not perfect, it's got flaws and I work on making it better everyday. I know that this game is not for everyone... I know some think it's shit, I know people who have tried ripping it to shreds, so I apologize if the game didn't hit your standards, but it was the most I could do. I am deeply sorry, but i have to thank you all with all my heart for buying it, I used the little money it made to get a surgery so i could see again without glasses ( I had to travel to my homeland since it's way cheaper there ) ,since I spent all my life wearing them and it really changed my life. I became a different person, I couldn't see anything before and I used to rub my hands on places to find objects or even worse hurting myself, Thank you all guys, for real, you all mean the world to me ❤︎
How are you all doing today?. -: 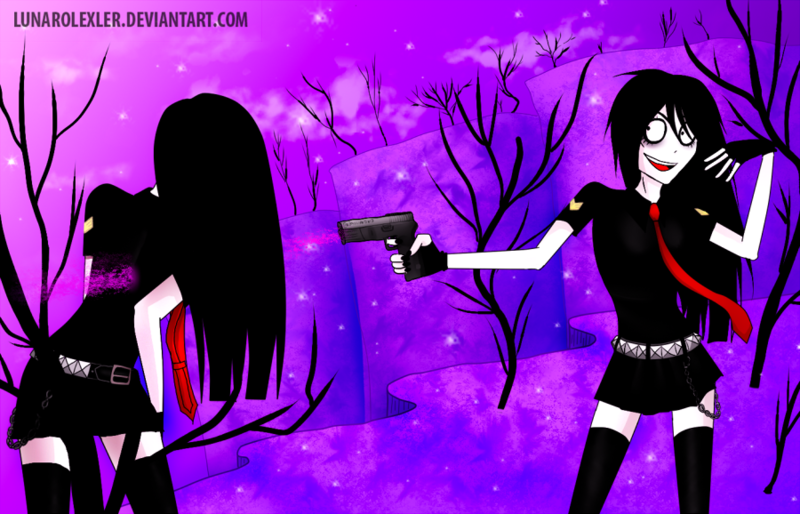 Hope you guys are having fun with the game, remember if you have any issues or if you get stuck somewhere, or found a bug (which I hope you did not) you can always post a discussion topic! <3 Thank you all again for the support you're giving to it, I know I said this so many times but it really does mean a lot to me!. HEEECCC YEA:
First of all I want to thank you all for taking interest in my project and drawing AWWWWESSSOME FANART OF MY CHARACTERS!
The game just needs to be playtested and it IS GOING OUT IN MAY!!!
And the price is 5 usd, please don't tell me it's too expensive... this game is 7 hours long ( well for those who've never played it... )
But firstly I need to know how to build the game in the SDK... LOL
ALSO PLEASE DON'T PLAY THIS GAME IF YOU'RE NOT A HUMORISTIC PERSON 8)
IN THE MEANTIME ILL LEAVE A FEW VIDEOS WITH THE AMAZING FANART Y'ALL DID FOR ME! THANK YOU!

https://www.youtube.com/watch?v=pvDJY2ZkZDE
. Thank you for supporting my project ❤:
i have tears to my eyes due to the positive responses ive received... I Cant believe it ive never felt so happy in my life. This game took me 8 years to finish and Im so happy and flattered that you guys liked it, I want to thank you all who bought the game and if you liked it please please please leave a positive review ❤❤❤❤❤❤❤❤ Thank you all so much it means a lot to me... I know a lot of you have waited long for this and I also want to thank everyone for the beautiful fanarts I received, i love you all ❤❤❤❤. RELEASE DATE: 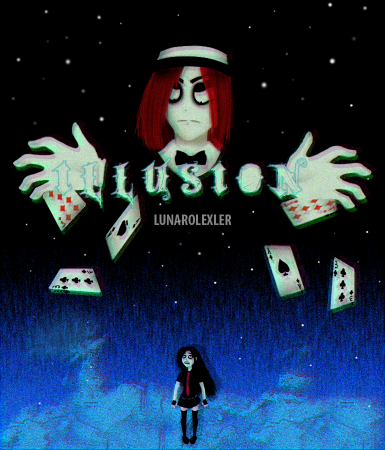 The day you'll take a dump ( I'm not joking, the game page says this is going to be the game's release date )
Yes, because we are all gonna take a shit the day Illusion is going to be released in honor of it.
well the release date kind of depends on when Steam is going to make sure that my application is not doing anything harmful. Even though they are gonna be like " WTF IS THIS GAME!?"
MAY 10TH!