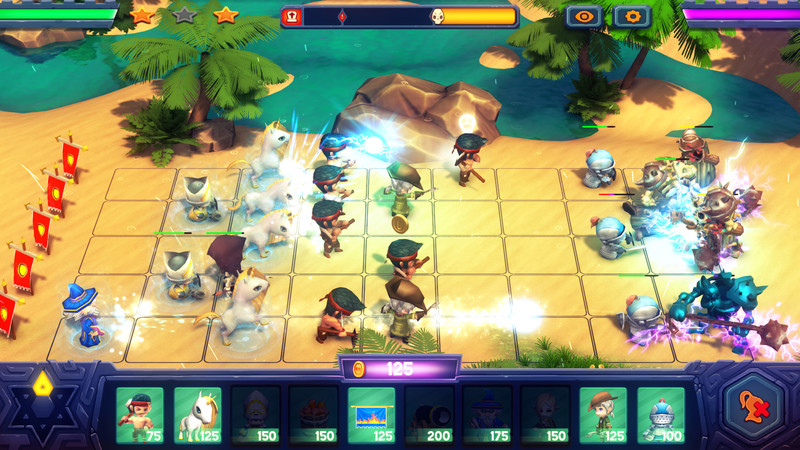 Defending Camelot is a tower defense video game, similar to Plants vs. Zombies, developed for PCs and consoles. The game involves Arthur who use a variety of different warriors to prevent an army of monsters from entering Camelot.

In Defending Camelot, players place different types of heroes and warriors (units), each with their own unique offensive or defensive capabilities, in a battlefield, in order to stop a horde of monsters from reaching Camelot. The playing field is divided into 5 horizontal lanes, and with rare exceptions, a monster will only move towards the player's house along one lane. Planting costs gold, which can be gathered by farmers. Most units can only attack or defend against monsters in the lane they are put in. In later levels, players can purchase stronger units with different offensive and defensive abilities.

The monsters also come in a number of types that have different attributes, in particular, speed, damage tolerance, and abilities. Monsters include those wearing armor, those who can jump or fly over units, big bosses. At various points, the player will be inundated with a huge wave of monsters. 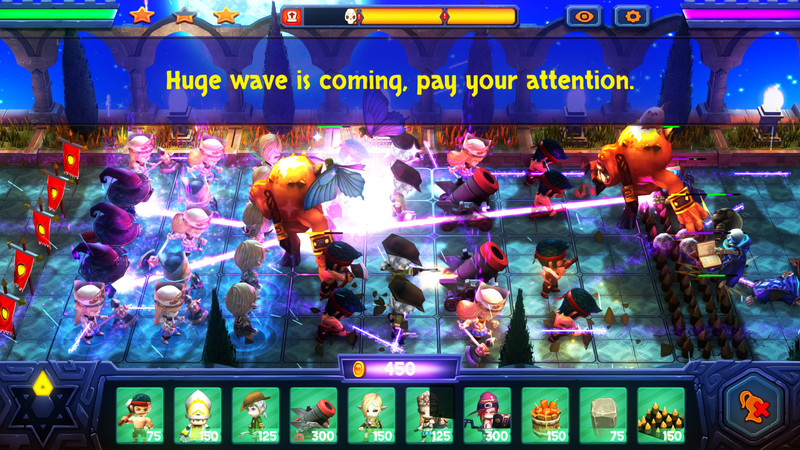 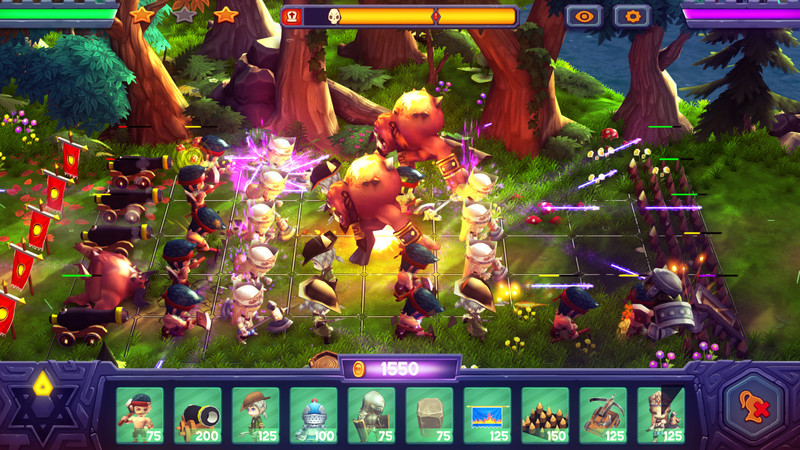 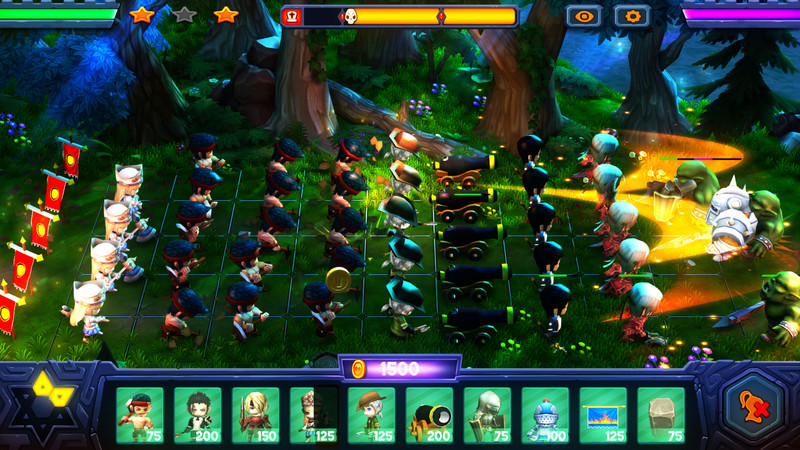 Definitly scratches the PVZ itch. The graphics and animations are decent and it is definitly challenging. I'd say if you liked the original PVZ then definitly give this a shot at this price.. I hesitated to give a small game a negative review since it has a big effect - but after posting my views last week on the discussion board and getting no response from the devs, I am going ahead with the review.

- It feels like a mobile game ported to PC with limited changes to make it suitable to PC. Grind an earlier level and you get almost zero gems, which seems like mobile-style free game.
- The text in the game is in poor English, especially the tutorial. The company shows in Canada but the writing seems like a Chinese person with poor English has made the game (I like Chinese people, I am married to one - but if you are really in Canada then literally ask anyone around you to check the in-game text).
- Lack of standard PC controls. For example on castle attack stage you can't use arrow keys to move the screen, you have to drag it - another sign of mobile port without changing for PC.
- Surprised when one enemy gets past it is game over rather than lose a star. Eg. PvZ you get lawnmowers out so you can complete with lower stars when one monster gets past. No need to copy lawnmowers, but maybe flag goes down and you can limp onwards as long as a second moster doesn't get past the same lane.

From what I can see there is barracks and game hits a very steep curve. So to progress I seem to need to wait for barracks which is perhaps an alternative to the mobile version which might be telling people to watch adverts for some gems?


The big reason I'm giving this the thumbs down - I played this and my son played it - and neither of us want to go back for a second game. There is something missing in the fun factor.. I'd give a middle thumbs if it would exist, but as there is none I have to give a thumbs down.

I absolutely adored Plants vs Zombies and the only thing I think was missing in that game was a harder difficulty. Now this game clearly tries to be like Plants vs Zombies, and ....that's the problem. It's an okay game, but it just won't ever be as good.

Let's start with the ugly:

First, the translation of pretty much everything is horrendous. Worse than in Early Access. In times of Google translate that's just not acceptable English anymore, sorry. Developers, fix that!

In fact, everything written is bad. The descriptions of units is not very helpful, the tutorial texts just painful. Amateur hour.

The levels itself have some variety, but in my eyes it takes to many levels to see that variety. I've got the feeling I've made 10 levels each that have the same backgound and enemies, not even the difficulty is very different.

Plants vs Zombies had the Greenhouse to plant things, this game has the barracks.... It's basically just a place where you go into to collect some additional money. Boring.

The castle siege maps are broken, those are way way way to easy, I doubt this was intended? A change that every line needs to break the castle instead of just one would make things a bit better.

It's hard with the speed spell to click on a unit behind a unit. Or... not possible.

Music gets better with some levels, even if it's pretty bad the first few levels.
The game is challenging and you can play around with tactics. I think in general the fights are quite well done.
There is variety in play styles, those are well done too, even if castle siege as stated needs an overhaul.

So, the game is not bad, it's just for a clone not very good either. The whole little details and charm that Plants vs Zombies had is just not anywhere to be seen in this game, which is sad, but also understandable, as it's difficult to reach that level of quality and humor. I think also that using Unity for this game was probably the fastest choice, but maybe not the best. Everything looks and feels very Unity like.

If you don't have Plants vs Zombies, buy that one instead. If you are on detox from PvZ and want more, buy this one, you will have a good time. But I'd say the price is a bit to steep with over 10 dollars in my country. 5-6 dollars would be fair.

All in all I think another half a year in development would have been good for this game.. One thing I can say about the game is that it starts getting difficult really early on and it can be really frustrating.
It's a lot of content for the price you're paying so just that makes it worth a buy.
If you're wondering why youre not getting any achievements, they have to be collected manually from the menu.
It's a fun game which you can spend many hours on & it takes many hours to unlock everything and complete everything from the looks of it, if I had to give a score out of 10 I would give it somewhere between 6.5-7\/10. Well worth 5 dollars that's for sure, get it before the sale is over if you like TD games.. The character design is adorable. I played it a bit yesterday evening. It's definitely more challenging than PvZ lol. Have a lot of fun playing the game, also i really like the change up in level 4. The game says: "A huge wave coming, Pay your attention." you probably mean --> A huge wave is coming, pay attention. An annoying thing is when enemies get passed the archer you can't shoot them anymore it would be cool if they would turn around and atleast try shooting? don't know if plant vs zombies fixed this but should be an easy thing to give a try maybe? Anyway goodwork!