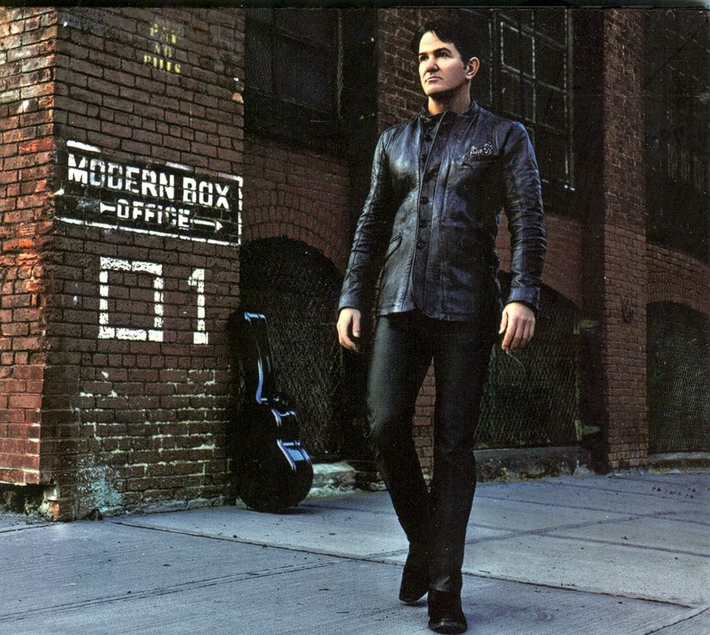 If you love great jazz and have been wondering lately where the contemporary practitioners are that are up to the task of carrying on and expanding the tradition of previous jazz greats, well wonder no more—welcome to the eclectic and engaging world of jazz singer/songwriter/guitarist Sean Sullivan! From blues to bossa, to ballads and swing, to latin and funk, to reggae and bebop, this southern-born native New Yorker serves up a rich blend of sophisticated yet earthy jazz. Sean Sullivan is an agile and versatile vocalist -- and an urbane, articulate songwriter who concurrently keeps the jazz flame alive while exploring new territories -- all amply demonstrated on his new CD release Square One. Also featured on the CD, along with other jazz greats, most prominently is the astonishing genius of horn legend and Ray Charles alumnus, David “Fathead” Newman, who sadly passed in 2009.

Sean Sullivan’s background is as diverse as his musical approach. And he brings this impressive variety of musical experience to bear in a dynamic fashion. From earning an English literature degree at Wesleyan University where he sang Gregorian chants, madrigals and avant-garde works with the Wesleyan Singers, to jazz studies at Berklee College of Music and classical guitar lessons at New England Conservatory, to a plethora of gigs in Boston and New York City venues since. Such noteworthy and successful appearances as Freihofer's Jazz Festival at Saratoga, the Mellon Jazz Fest, Time Warner American Music Fest, Birdland, Iridium and the premier of NetAid at the United Nations have aided his musical development. With these accomplishments, including mentoring from jazz elders, Jon Hendricks and David “Fathead” Newman, among others, Sean has paid some considerable dues for one so chronologically young in a world of generally older serious Jazz contributors. Along with his nimble voice, his original songs reflect a startling maturity beyond his years, giving the listener the best of both worlds, a youthful exuberance tempered by uncanny development. And this may help to account for Sean winning the John Lennon Songwriting Contest twice. His singing is precise and spontaneous while simultaneously rendered with imagination and emotive elegance. And these are just some of the reasons why many jazz legends speak so highly of Sean, his talent simply cannot be denied.

Square One is a multi-textured musical journey and an elegant celebration of contemporary jazz that conveys an enticing preview of what Sean is live. Spinning Square One is a sure bet for an intimate evening or a party, but seeing this talented performer in person demonstrates just how powerful a live performance can be and why we keep coming back to those who can really deliver the goods.