The Little Ball That Could Full Crack

The Little Ball That Could Full Crack 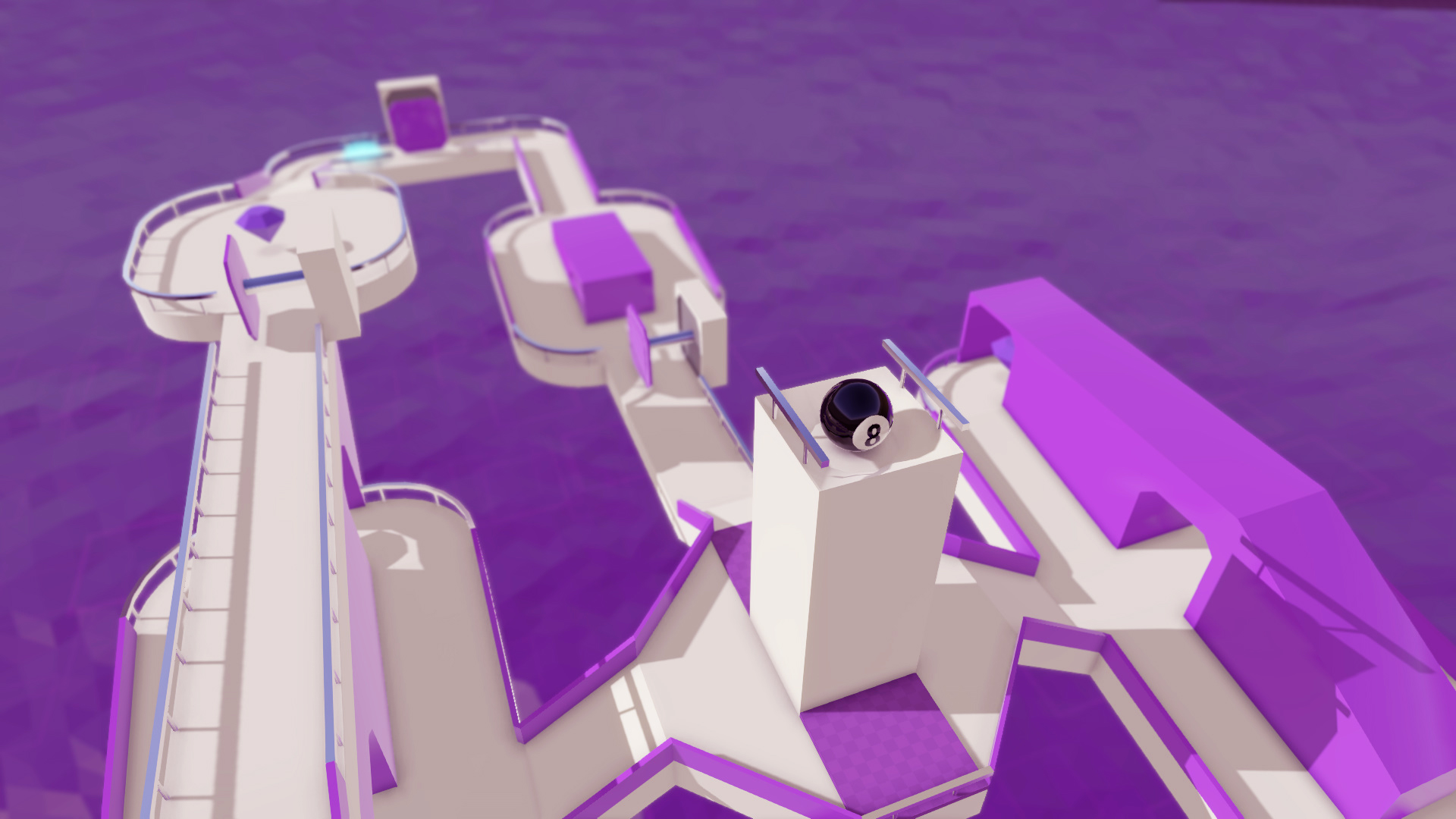 There is no exception to the rule - only balls with a heart can enter the Haven, and others, well... others have to move on. It was your turn to get your heart and be allowed in when the stamping machine stopped. Your only choice to join your kind is to prove your worth by finding enough hearts to refill and restart the machine. On your path, there are deadly falls to avoid, dangerous traps to evade, mind-bending puzzles to solve, and maze-like levels to traverse. But all is not grim, for there are shiny gems to collect, hidden puzzle pieces to find, and trapped friends to help. Perhaps there is another way to prove your courage?

The Little Ball That Could is a marble platformer with exploration and speed-run elements, inspired by Marble Madness, Manic Marble, Super Monkey Ball and Marble Blast. However, unlike its predecessors, TLBTC is not only about going as fast as you can - instead, you'll need to use your wits if you want to make it through its many non-linear levels and deadly traps. 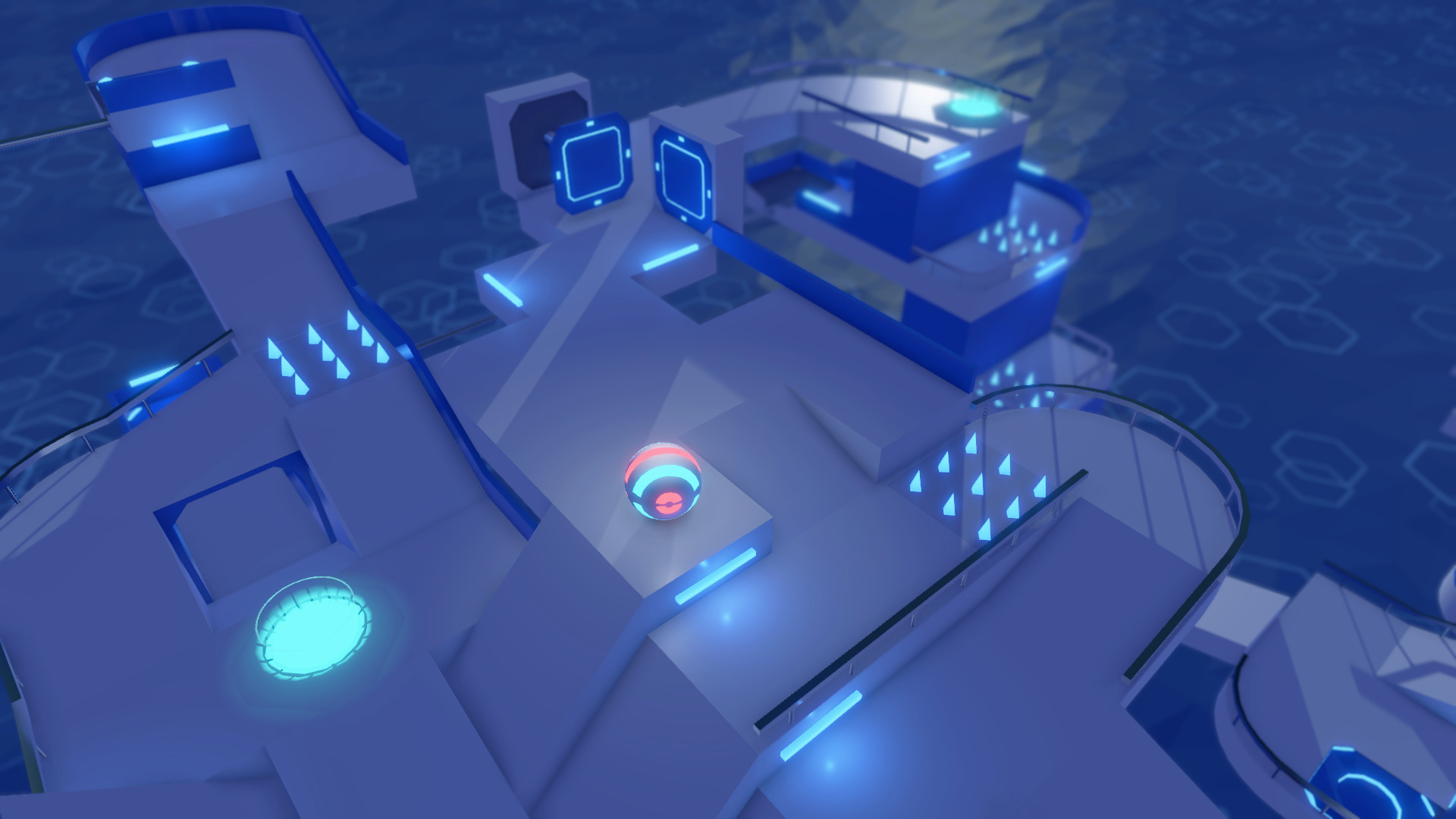 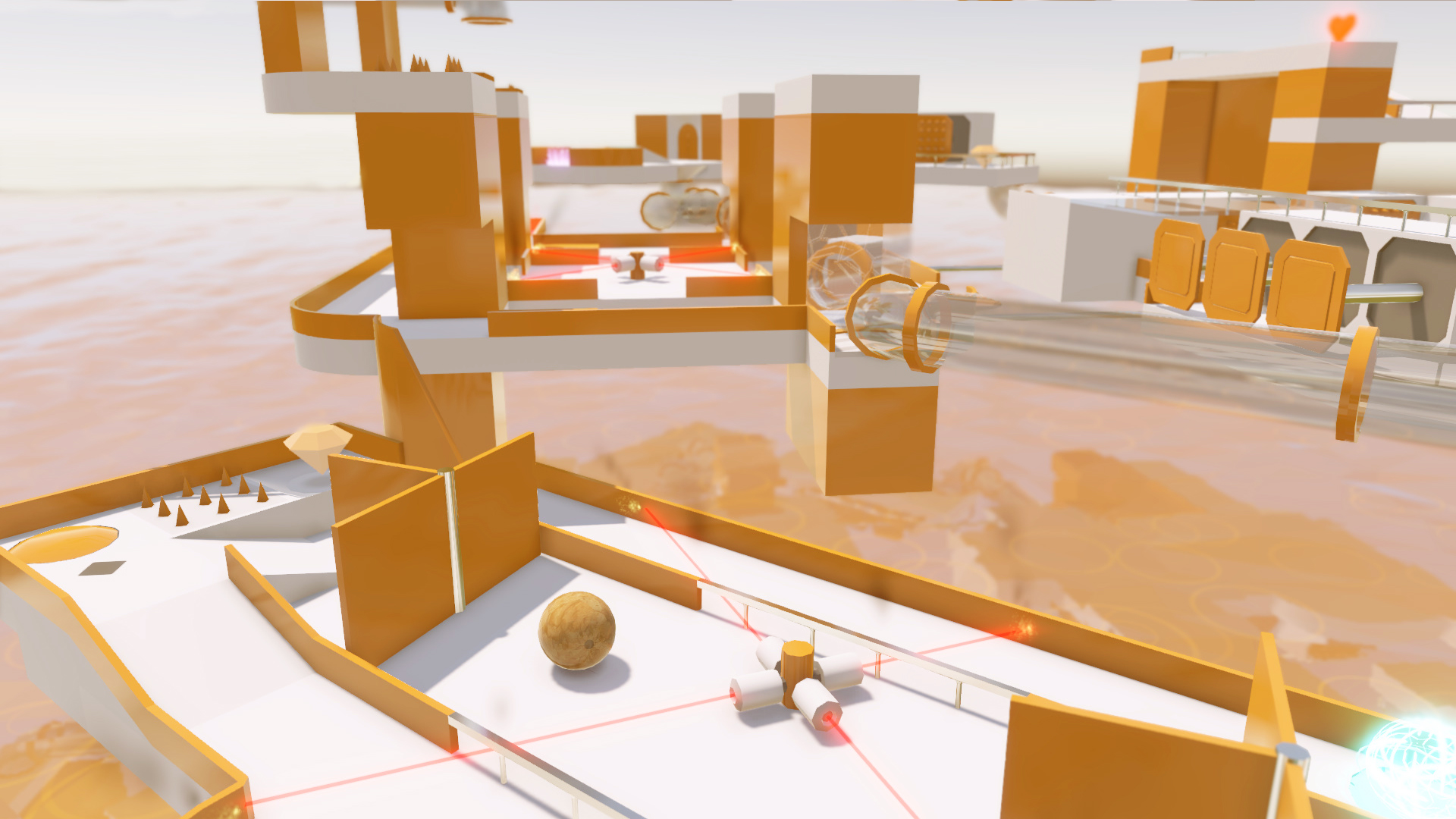 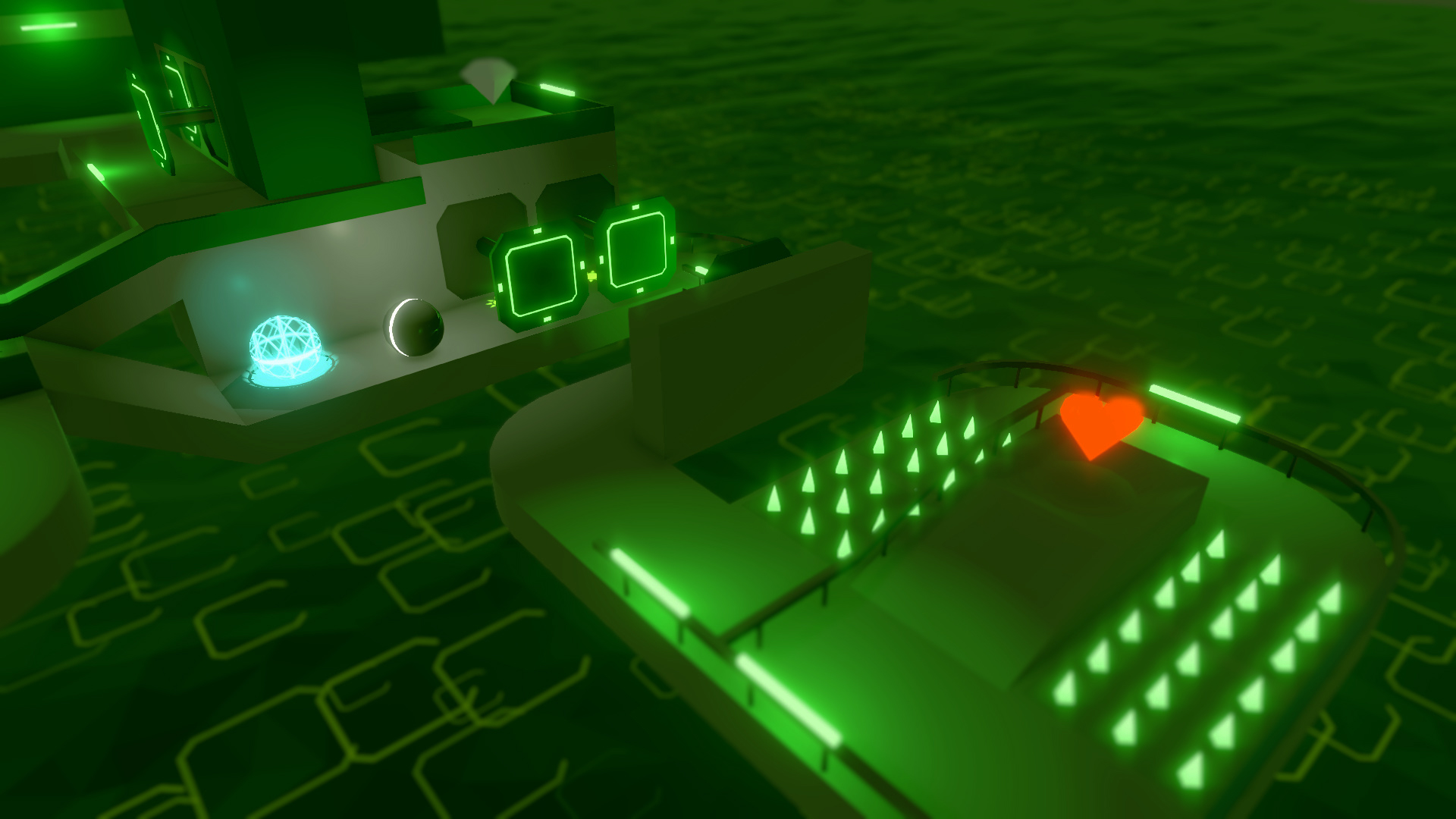 
The Little Ball That Could is one of those games that seems destined to be overlooked. It's a Unity game, and looks a bit dime-a-dozen. Given Steam's complete lack of curation, you could be forgiven for branding it shovelware and moving on to a more vaunted title. That said, looks can be deceiving and within the sparsely-populated marble genre, TLBTC is a surprisingly adept and welcoming package.

Marble games tend to dip the paintbrush into three primary pots: blistering pace, collectathons, and exploration platforming. Something like Super Monkey Ball would definitely be a combination of the first two, while The Little Ball That Could mostly eschews speed for a relatively zen experience, despite the optional time target on each level. The basic idea is simple - collect gems, puzzle pieces and reach the finish after dodging obstacles and fatal falls - but notably more sedate and polished than in many other marble games. The movement is highly deliberate, not allowing you to build up an enormous amount of speed, and falling from a height onto a hard surface frequently results in a spectacular shattering of glass shards. This ball is brittle, and the game is designed around this fragility.

There are five worlds, each introducing a new environmental mechanic\/hazard or two, with general difficulty and level length increasingly as you go. Across the board, though, there are long ramps and spongy platforms to save your spherical skin after a swan dive. Switches, doors, hidden passageways and horizontal lifts (that move slowly enough to induce frustration at points) are also par for the course. Initially, I thought the fixed camera angle to be an odd choice, but it seems the restriction has allowed the devs to design their levels tightly, with multiple routes to the finish...as well as the occasional disguised puzzle piece secreted behind a wall. You'll need to traverse these paths in the right order to get all the gems, which usually means passing up the opportunity to reach the goal before the time target expires, so you'll be playing most levels at least twice. I didn't find this to be a bother, and enjoyed the puzzle aspect to navigating the levels. In addition, after beating the 120 levels, you unlock 'powers' that let you traverse the levels in a different manner, essentially making the NG+ mode feel fresh.

Unity is ubiquitous these days, but TLBTC has a sheen to it, a clean aesthetic that is pleasing to view. Lighting changes during darker levels are also welcome, along with the different skins that you unlock as you progress. It's all very IKEA minimalist, with a sadly limited colour palette at times, but it does suit the game. The OST is pleasant, albeit repetitive after a while due to a limited number of tracks, and the SFX are solid. There are faults; the length of the levels can sometimes drag a tad, and you do need to be in a patient mindset to play a game like this, but overall it's an impressive and understated package. Devs NaissusWorks seem to mostly be known for mobile games, with this being their first foray into the world of Steam - I can only tip my hat to them for a game that I thoroughly enjoyed.

As a sidenote, Ballistic is a good option if you prefer quicker marble games, with Escape Lizards fulfilling a good collectathon spree. Marblize and Puzzle Dimension are other good plays, but The Little Ball That Could is right up there with them. Recommended.. this game is so sick i wish my computer wasn't so ♥♥♥♥♥♥ so i could run the game at full quality, those screen shots look sexy. Anyways, I freaking love marble games and this one is top notch <3
. Brings back memories of the old marble madness (minus the aggressive AI marbles) and has a portal flavour to the graphics, its entertaining, easy to jump in and out of as time allows and offers a nice selection of increasingly complex puzzles.

Nicely done.. Really scratches the "explore" itch very well, with an upgraded Marble Madness aesthetic. For those who want a challenge and want to exploit nooks and crannies, the time-limit achievement on each level will satisfy.. You know that (extremely) rare feeling you get when a remake of something actually improves on the original? That's the feeling I get playing this little gem. This is Marble Madness 2: The Marbling. It's not precisely a remake, but it's a spiritual successor for sure.

The difficulty-to-fun ratio is perfect. The controls are just touchy enough to remind you of the momentum mechanics without feeling unresponsive. It's a great example of a puzzle platformer done right.