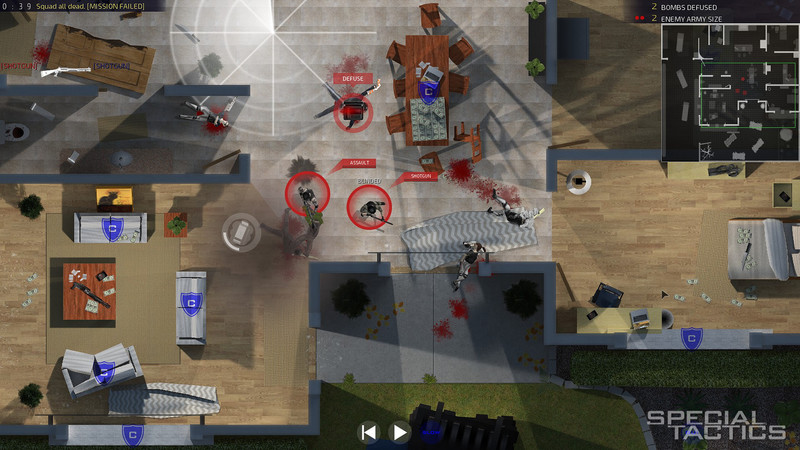 ST brings the most intense, tactical-action experience to Steam through killer gameplay, streamlined controls and carefully crafted maps. Select your custom loadout, plan out strategies and accomplish your objectives. Earn gold and trophies to unlock custom weapons and attachments! SINGLE PLAYER, MULTIPLAYER, SURVIVAL...TACTICS FOR ALL.

ST is very accessible but with immense, tactical depth:

Addictive Survival Mode
- The bomb is planted in a random location each round
- Based on the location of the bomb, pick 4 soldier classes
- Defuse the bomb before it blows up while encountering enemies
- Complete the round challenge (i.e. use all Shields or kill 2 enemies with one sniper shot) for 2X points
- Each round enemies are smarter and higher in number
- Your run ends when you fail to defuse the bomb


4 Boosters: Armor, Range, Damage, Speed
- Select one booster per turn to give to a soldier... Choose wisely

6 Equipment: Smoke, Frag, Flash, Fire/Incendiary, Sonar Detector, Throwing Axe
- You get 2 each per game in which any soldier can throw them
- Smoke can change the battlefield in significant ways by blocking line of sight
- Flash can blind and stun multiple soldiers
- Frags are used for focused splash damage
- Fire can slow and block movement paths
- Sonar can detect enemies within a radius through walls
- Throwing Axe requires precision aim but is very lethal

Collect trophies to rank up from Recruit->Masters

Innovative Controls
- Controls and soldier combat AI built around Focus Points
- Setting a Focus Point when moving a soldier will have him aim down sight and move slowly while rotating around the point vs sprinting
- Using Focus Points you can peek around corners without committing:
- Focus Points open up complex tactics with simple controls such as strafing, throwing grenades around corners, moving one way while looking another way, back pedaling etc. b4d347fde0 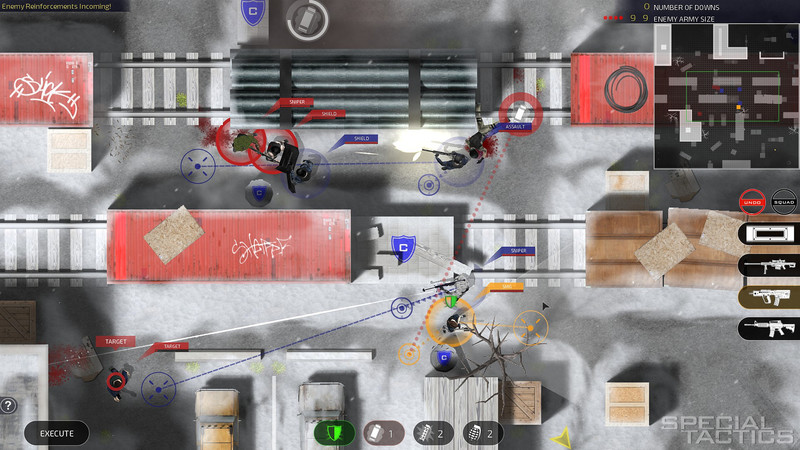 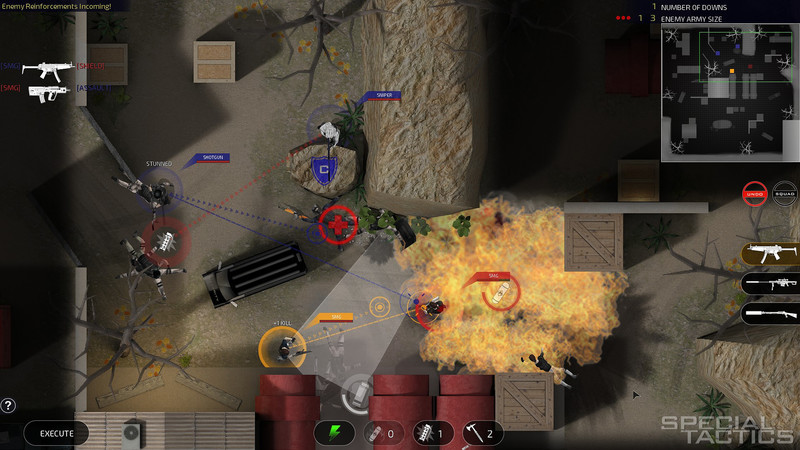 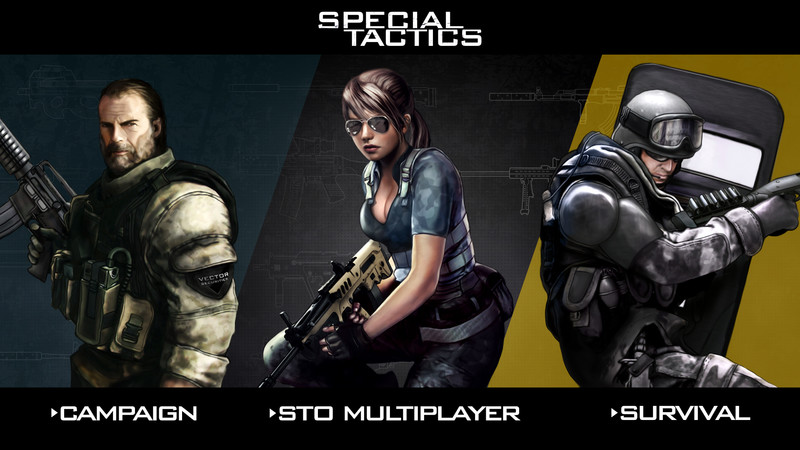 
Can't figure out why this game has possitive reviews. The movement and combat mechanics are clunky and awkward. The animations are stiff and these "tactical" characters unload an entire magazine each turn into an enemy when they attack. Door Kickers and Breach & Clear already did everything this game does but better.. Think competitive CS:GO only with 4 people instead of 5 and only 1 intese round instead of 30.

It reminds me of Counter Strike but instead of a FPS it is a Top-Down Stratergy game.. Very good game, and very fun. My only complaint is the matchmaking which tends to pitch me (a level 2 noob :3) against level 100 people. It's rather frsutrating as they have a lot more experiance in the game and have therefore learnt what tactics work good and really know how to utilise their guys properly. They also have much better gear an will shred me to pieces.

There's no point in saying "git gud" or "use better tactics" because the fact of the matter is: I only have a few hours on the game, and the people I usually fight have a few hundred hours. Kind of unfair don't you think?

Still, this is a really fun game and tho the matchmaking can screw you over, I have had a few cases where I destroyed a high level player simply by playing better than them. I definately reccomend this to anyone who likes tuen based tactical games.. This game is amazing for the price. The multiplayer is fun, and has the potential to be re\u2665\u2665\u2665\u2665ed many many times. My only con with the game is that sometimes it can take a while to find an opponent on multiplayer but apart from that the game has been incredibly fun.. Game Dev Vanished...

Game needs more content. Very good game. Very tactical and good training for the brain. Not the highest graphical standards, but good enough for the price. Worth the fair price of < 10 € !!!
I did not try the multiplayer yet.
If you like the mechanics of a game like this, don't hesitate to buy.

02/05:
I tried the multiplayer...don't even try to start it, you will get only experienced high level players...there is no fair matching...it's not even something you can call a game...scandalous !!. This game is quite fun for being in early access and I would say it's quite worth the money.

Pros:
-The game has a very good tutorial, which makes it easy to learn
-It has a pretty fun campaign
-The multiplayer is also quite fun and even more fun if you play with a friend.
-No lag / connection issues in multiplayer so far

Cons:
-You can't type whatever you'd like to say in multiplayer. (There's a box where you choose phrases to say)

That's pretty much the only con I've found so far.