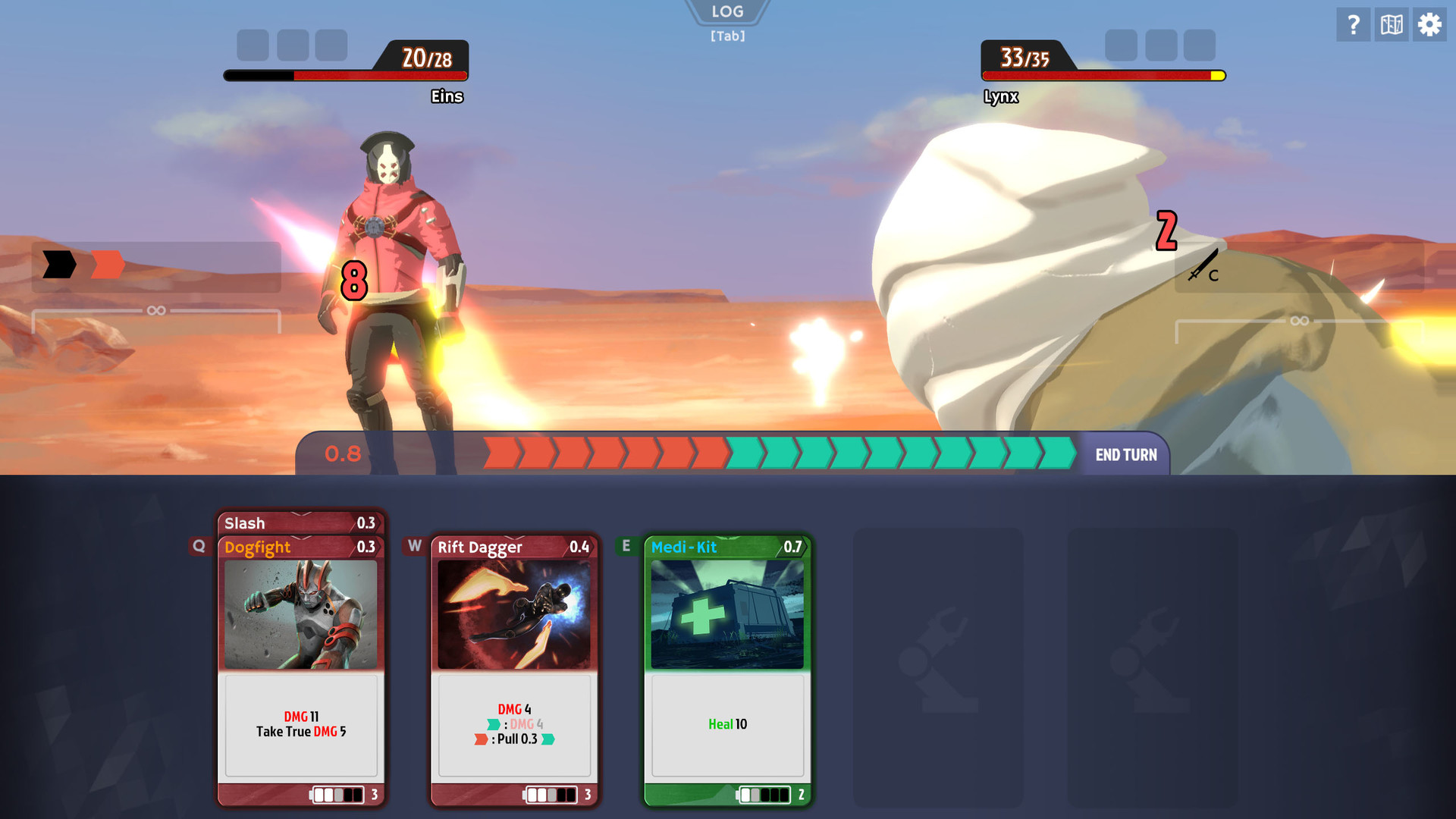 Those who desire to master time are gathering in the Great Orbit.

Variety of cards and balancing through AI simulations

: Cards are of course the most integral aspect of card games. We have over 1,000 cards and more to be added until the official launch. We have balanced and optimized the performance of all cards by collecting hundreds of thousands of AI combat simulation data.

‘God does not play with dice’

: We wanted to create a game you could win without relying on luck or randomness, a game more reliant on player’s skills than drawing cards. Players can arrange the order of use of up to 15 cards to form the best strategies and tactics for combat.

: Opening a card pack is always a pleasure, but there may be some cards you do not want right at that moment. Players can return card back into the card pack for another time, and the decks can be edited at any time with the cards obtained.

: In the game event, every decision you make is essential. Various situations you encounter during your adventure in Second Second will be played using your cards, giving different results by cards you choose.

: Just as important as the player's choice, the character in the game will also have many decisions to make. See what happens through storylines of the character’s presets! 7ad7b8b382 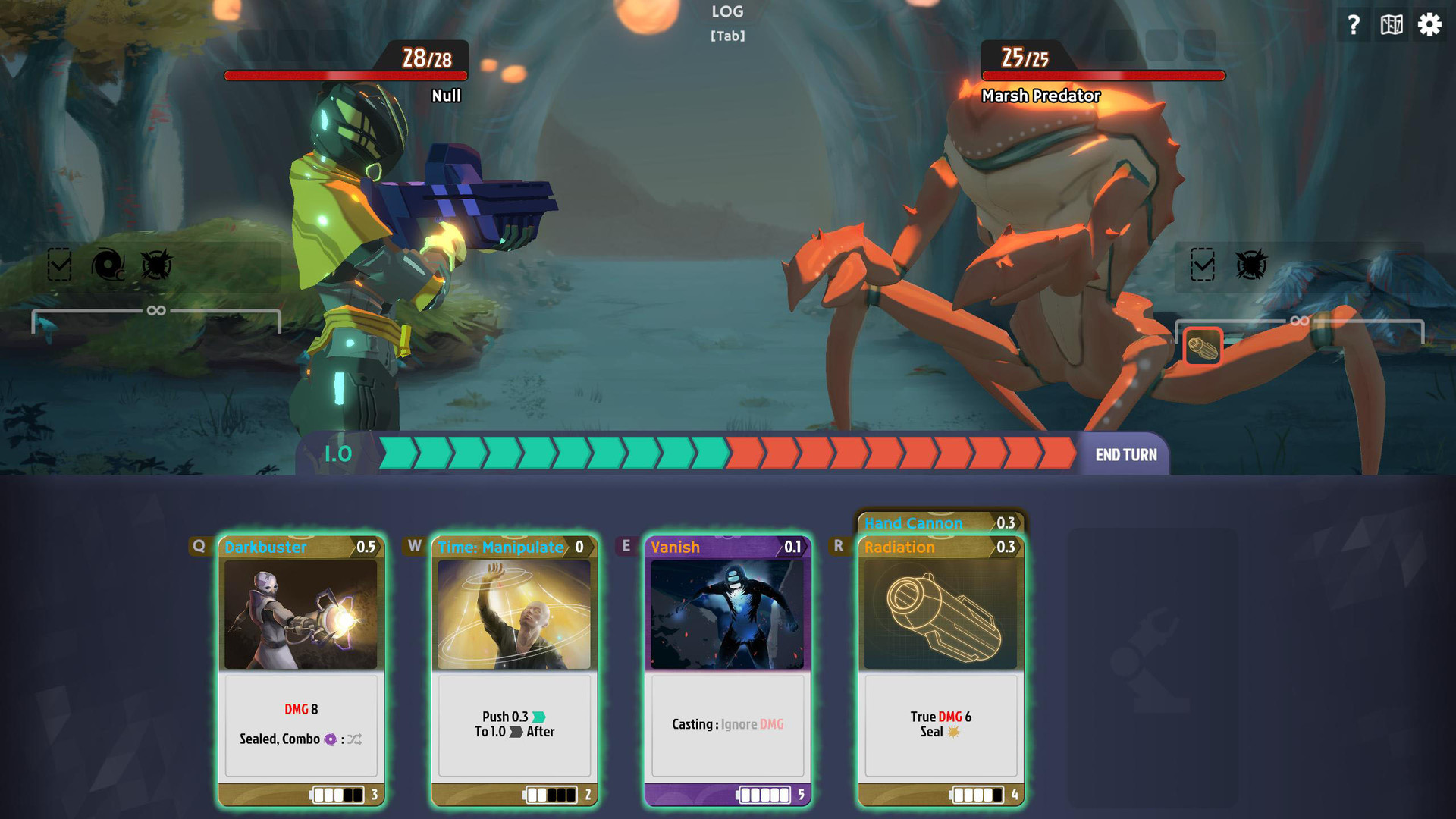 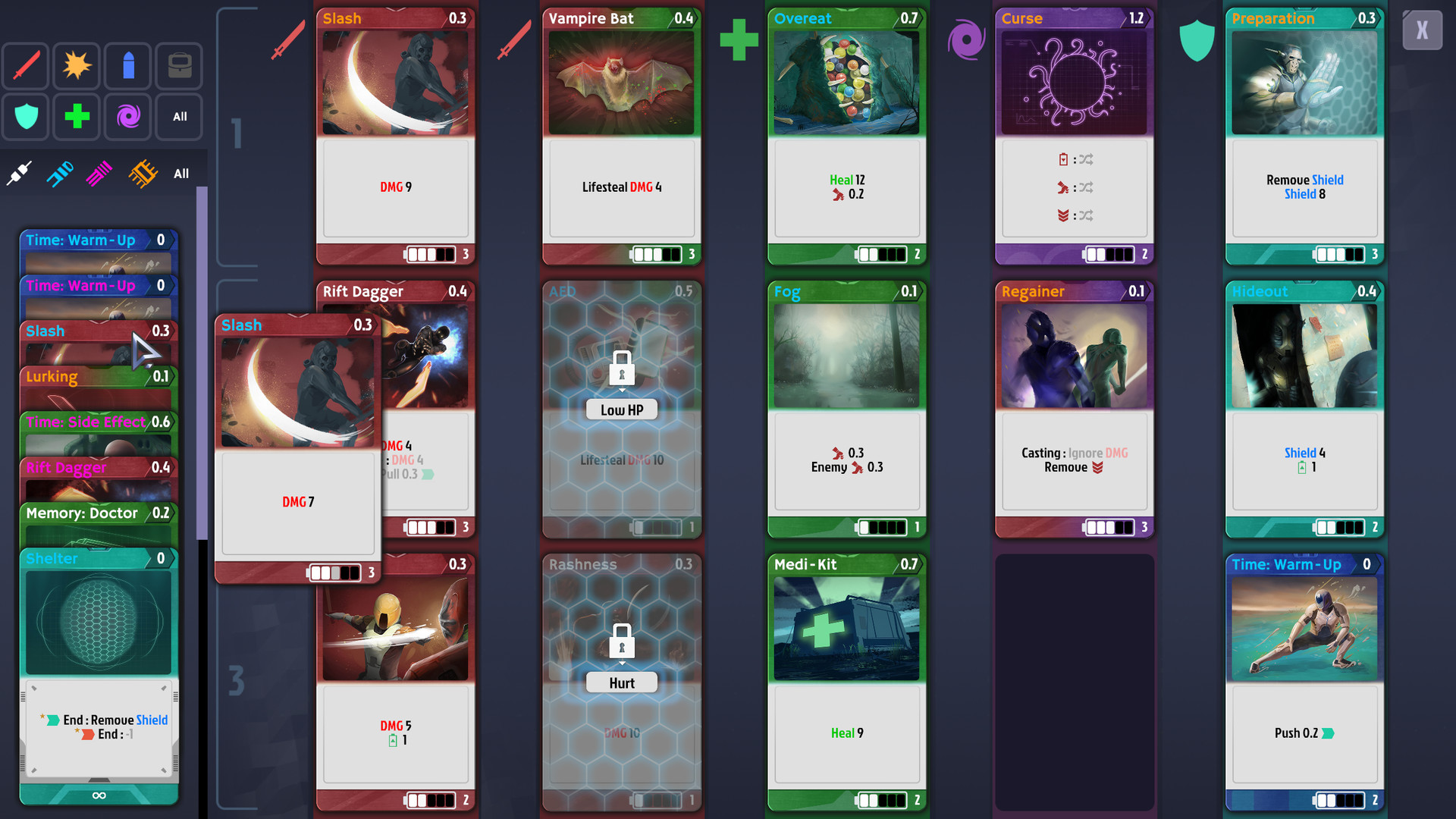 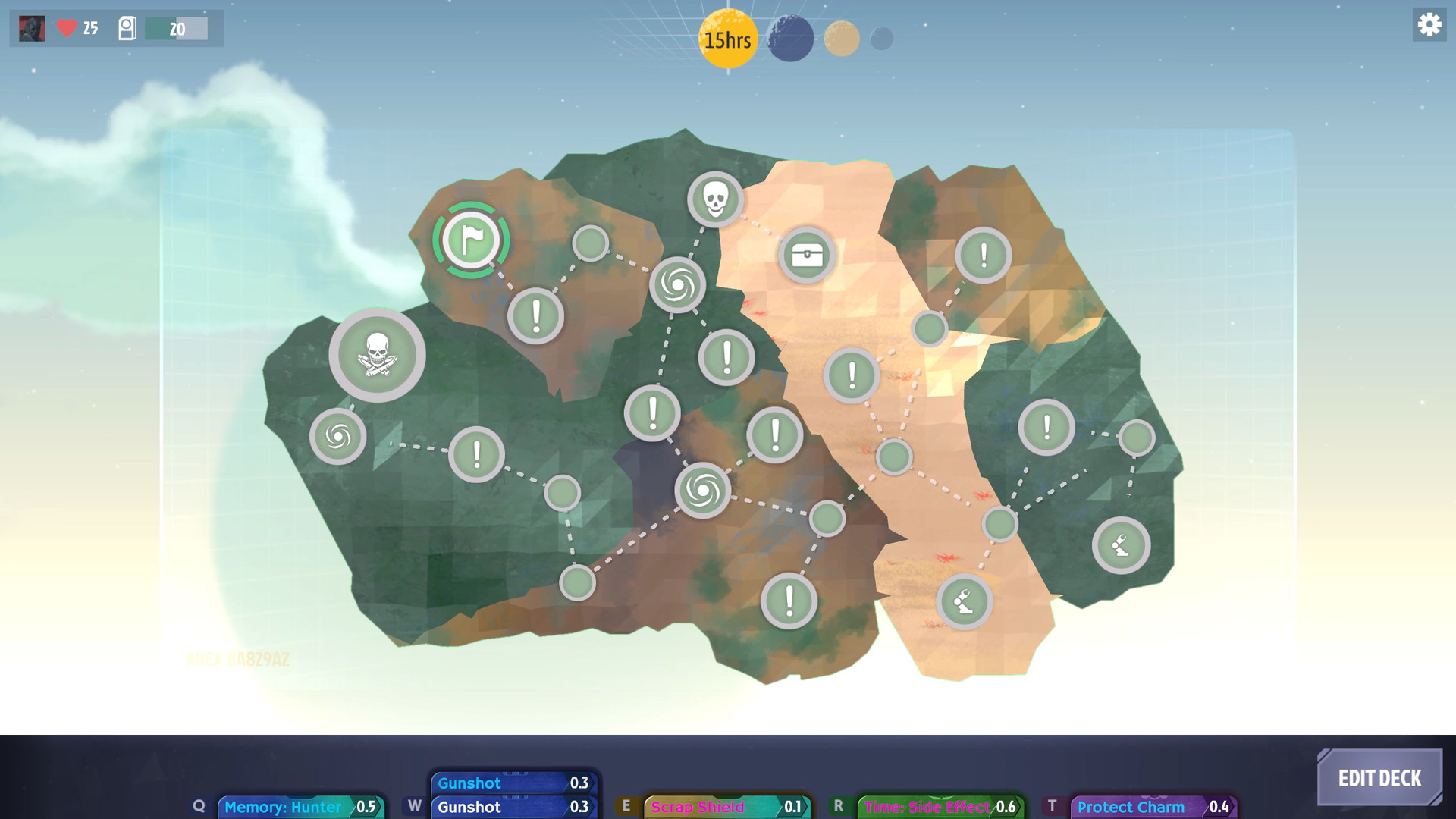 -animation are a bit slow
-a bit bland and not enough replayability. An amazzing rogue-lite deckbuilding game with super unique and interesting mechanics!

Gameplay and more details: https://gaming.youtube.com/watch?v=_2j_lGhHorM. Edit: Changing my review to Positive already after the first patch. They fixed some of the glaring problems, and *shrug* I like the game. Hope they do more updates soon.

The game is quite interesting. I would recommend it if it didn't have such huge problems. But right now I can't do it, not in the current form. The game has some serious problems. I know this is "early access", but that doesn't excuse everything.

Biggest issues:
1. Some combat bugs. When you quit to the menu and go back into the game, the battle replays, and the results are DIFFERENT. Suddenly you don't take tons of damage, and you now have way more HP. This is just a replay, there should be no change in your HP, however the result is totally different. In the replay, things probably played correctly, or totally differently, either of which is bad.
(Have not seen many combat problems anymore)

2. Card abilities are not explained. You basically have to use a card, to see what it actually does. The descriptions are that bad. I have gotten used to the descriptions and symbols now, but some cards still make no sense.
(EDIT: Now there is a "training mode" that teaches you the meaning of some of the symbols)

3. Storyline is gibberish. It is not even worth reading. :( I finished all the 5 "story mode" chapters. I read all the text. What do I know about the story? Nothing. It is about 3 characters in different places, doing stuff, and yea, that's it.

3. "Standard" plays totally different than "Story" mode. Why change how turns work? That's just really weird. In Standard mode, turns are so short initially, that you can't even call them turns, your turns overlap with the enemy turns. It makes for very messy gameplay early on.

4. Some enemy cards resolve so fast that you can't tell what happened. How did the enemy get 70 shield? I have no idea. Probably a bug, but who knows, it all happened too fast.
(EDIT: You can now see the card history at the top of the screen)

5. Many "builds" you can make, play in nearly the exact same pattern for every fight. This makes most fights boring. For example, I had a Rampage deck when doing one of the campaign parts, and I played the same 3 cards to start every battle, and that did something like 50 damage on turn 1, so almost every enemy died. The ones that didn't die, i finished on 2nd turn. Used the same pattern of cards every battle. Some builds can be more interesting than this, and you might have to think a good amount, but many builds require almost no brainpower to play.. Good game but need a better english version to be playable. The best game ever.. This game is perfect example how to complicate something simple and create unplayable game.
There ius many games like this on the market. You can enjoy them from the first minute. In Second Second you will need hours to even finish full tutorial. Why? Because cards design is so pathetic that players do not understand what is going on. Just check any review on YT and you will find out that people dont know how this game works. Tutorial do not help at all.

NOW WARNING: When you log in to the game you will find big AD - UNLOCK Android versio after 2 hours of gameplay. Why 2 hours? Because this game is facked up and devs know about it. After 2 hours YOU CAN NOT REFUND THIS GAME ON STEAM. So be careful, dont be scamed.

Check reviews on steam, 90% players, even these which gaves positive review - play time is <2 hours. Why? Because 90% people refund this pathetic game.