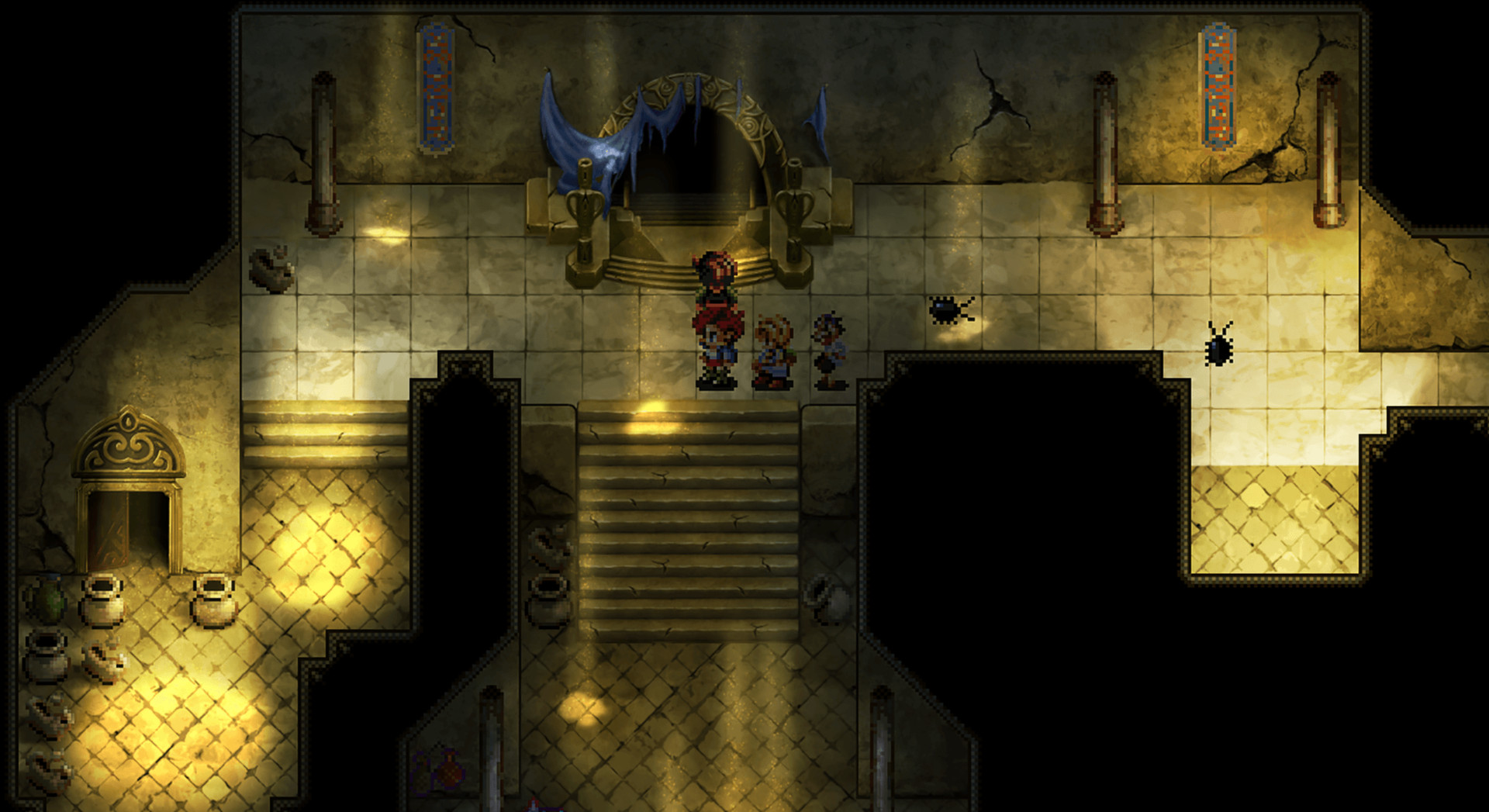 Being originally designed and developed for the SEGA Mega Drive & SEGA Genesis, Pier Solar is a turn-based RPG with state-of-the-art aesthetics about the journey of three young heroes from the town of Reja. In this prospered and peaceful town there live three best friends: Hoston, Alina and Edessot. Young and curious, they want to go on a herb-seeking quest to help cure Hoston's father's mysterious illness. Little do they know ... it will be the beginning of their lifetime journey where they will learn the true meaning of friendship and the thrill of adventure.

This journey will demand their courage and wisdom to solve a long-lost mystery while they face the forces of destruction dispatched by an evil man who is trying to change the world for his own good. Through this escapade, they will be reborn as great heroes to protect the universe from a mistaken purpose..

What makes Pier Solar so special?


Pier Solar was originally designed and developed for the SEGA Mega Drive and SEGA Genesis. Yes, you read that right!! It was actually the only newly developed game for SEGA's 16-bit system in the new millennium. It's not a port, fan translation, or a copy of any other game. Pier Solar is a 100% brand new, entirely original,16-bit RPG.

We'll get right in to what we think makes Pier Solar so special:

Pier Solar truly is a love letter to the rich, imaginative 16-bit RPGs of a bygone era. We crafted Pier Solar in the same light - with an authentic adventure, that resonates deeply about life, death, love, family, and friendship. Remember the wonder you felt when immersed into your favorite retro RPG? Pier Solar captures that same wonder.

What the media says about Pier Solar


“...this is a game I'll be keeping on my radar. I love the style, the aesthetics, and the classic
JRPG feel.”
- Kotaku.com

“...one promising title to play next December.”
- Destructoid

“WaterMelon’s attention to detail is staggering…a community-based development team with a
track record of integrity and a proving capacity to deliver on promises made”
- Gamespot.com

“With a lengthy script, impressive graphics, and a top-notch soundtrack, those that still hold the
flame for SEGA’s console will have something new to be nostalgic over.
- IGN.com

“The game itself, which comes on a high-density, 64 Meg cartridge, is a well-crafted love letter
to the turn-based, role playing games of a bygone era. It’s evocative of the 16-bit classics
Phantasy Star II and The Secret of Mana, both in scope and design. Pier Solar also sports an
enhanced CD soundtrack that truly takes the overall experience to another level.”
- 1UP.com


Pier Solar is a product of passion, done by individuals who love video games in it's most pure essence. It's made by players for players. Our team has absolute commitment to the quality of the game as well as the experience of the players. 7ad7b8b382 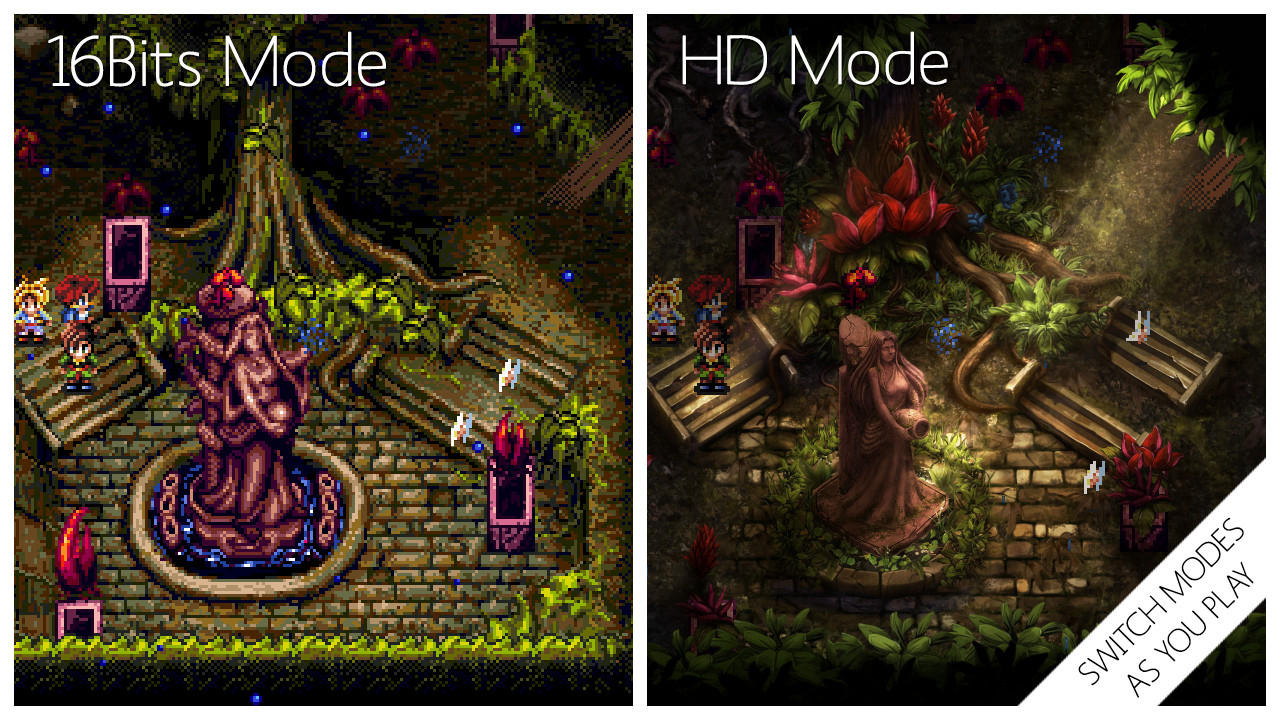 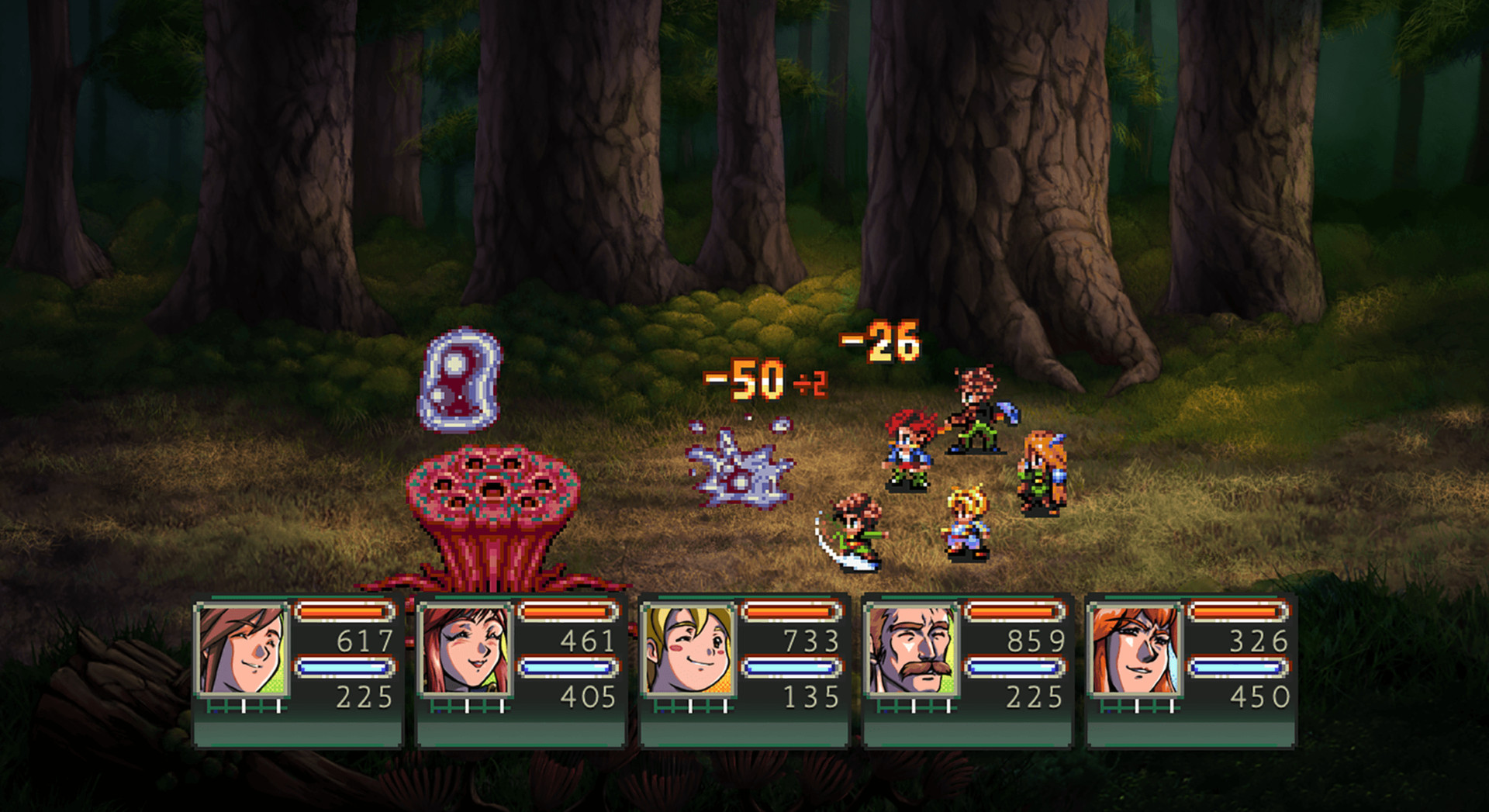 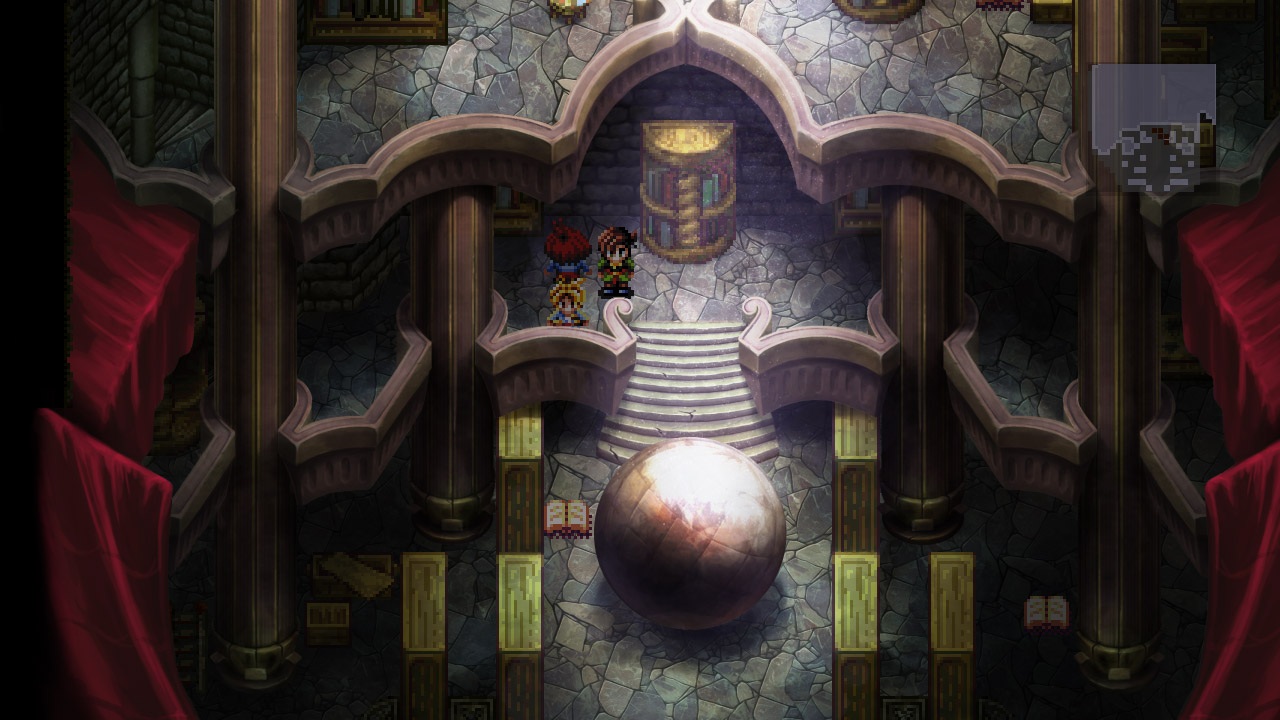 
THIS GAME IS AMAZING, Seriously, If you've ever played the Megadrive release you'd know that, I'm playing this baby on my Arch Linux system. Who says us linux users don't love games? It's a great RPG with witty dialogue and a great story. I've been playing this release so far and am loving the updated music (Which was available on the megadrive release if you had the CD addon) and the updated Graphics. They definitely add to the game, the combat system is tried-but-true with updated features, what else can I say about this game? BUY IT RIGHT NOW, BUY THE DREAMCAST RELEASE. BUY IT. 10\/10 would buy again.. If you like titles classic JRPG games such as Final Fantasy, Lunar, Lufia, Etc Etc, If you Enjoy Classic elements of JRPG's such as Compelling stories, Turn Based Battles, enjoyable Music then you will enjoy this game. The wait was long for this game for the PC but well worth it IMO. This game has classic elements to it that are emotionaly charged and fun to play through. This is a classic in many ways and new in many ways. If you enjoy JRPG's you will enjoy this game.. I'm not the type to really enjoy a JRPG, but there are a few that capture my attention. Pier Solar and the Great Architects is defintiely one of those games. I previously owned only on my Sega Genesis and I absolutely loved it. The visual appeal, the great music, and the immersive story. The turned-based combat is also pretty refined compared to others in it's genre. Pier Solar HD is essentially the same game but with better visuals, a remastered soundtrack, and beautiful backgrounds that bring the world to life. To cut to the chase, if you like JRPGs or are looking for an experience, check out Pier Solar HD. If you enjoyed Chrono Trigger, Earthbound, or Final Fanstasy VI, you will love Pier Solar.. was expecting an retro jrp. it is! in fact it is so retro that i want to punch a person right next to me and throw my controller in the corner... didnt know i still could rage at my age, but watermelon showed me i can :D

why is it frustrating? for me its simple the minigames that you need to complete, to keep progressing. for example the sliding plattforms... i was so happy to finish finaly the magic school and i thought that would be the peak of frustration in in the game. i was wrong. at the last chapter you have to do this \u2665\u2665\u2665\u2665\u2665\u2665\u2665t again and this time it sets you even further back if failed. so you have to run all around the basement and the staircases again and again if you fail the plattform. (wouldnt be a problem, but the movement in the game is realy bad for this. tried 3 different controllers and keyboard also, it didnt make any difference)

on the other hand, the soundtrack is mostly pretty nice, the graphics for that type of game is decent (i didnt like the maze struktures, even the most towns are mazes) the combat system works for me, even if its slow paste. the characters are well done and the story also. but at the end its pretty basic and missing some depth.

i can only recommend the game for oldschool jrpg lovers, who are able to get through the frustrating parts without killing there beloved people arround ;) then you will have a fun time and maybe call it a gem. its not my gem tho


(i also have read alot of reviews here and im kinda shocked, that people seem to realy love the game, or realy hate it. then i watch how much time those peeps spend with the game... so many people not even an hour played and give an bad review. also not even 10 hours played and give an good review. you guys havent even beaten the game at all!
below 10 hours you havent even seen those minigames. and below that.. you guys know what my point is.
could be, that you have played it on a different system, but in the most cases, i dont believe you :P
im actualy kinda happy that i didnt spend the money for the megadrive\/genesis version, even if it would look good at my collection). Hello everyone. First off, the time shown is wrong. I have at least 100+ hours in this game totally. Second off, let me mention the minor bugs with this game and the one bad one.

The worst bug is the Zephyr map bug. I wrote a short walkthrough that may bypass this bug. Please check the guide page for it or below. As for the other bugs, there minor and do not effect the gameplay very much. One of the minor bugs it has is the disappearing menu wheel, which happens sometimes during battles. The way to fix it is just push esc or some other button on your keyboard. This is probably has to do with the joypad on your pc.

Now, my Main review of this game pro's and con's:

`Interesting Storyline
`Unique Characters
`Skills and weapons differ for each characters
`Side quests!
`Mini Games!
`Some bosses have their own theme music
`A hardcore RPG. Some towns don't even have healing in them, and are few and far in between.
`Side Areas that are not relevant to the story, but are fun to explore!

`Grinding for levels and repition of this type...
`The storyline waits till practically at the end to actually tell you what the heck is going on..
`Some bugs effect gameplay, mostly small, but one big one at Zephyr map was game breaking..
`Sometimes it takes awhile for the characters to "talk" in the game and you have awkward pauses at some points
`No hints on what to do next...but as i said above, hardcore RPG. It does not hold your hand...this is not really a negative to me, but i know alot of people will want this, so i put it in con's for that reason..I actually like the exploring aspect of games like this and how you figure out stuff on the map yourself.

Final Thoughts:
All in all, a great example of a classic RPG from the late 1980's and early 1990's. Also, this maybe a harder rpg than younger people are used to nowadays. This is how the rpg's i played as were young, so now you know how easy the games are nowadays, you young people! This game does not hold your hand. It does have a tutorial library in the 1st village (like FF games).. Reminds me a lot of Lunar: Silver Star Story, if you love old school JRPGs you will love this one for sure.
oh the battle system here is turn based and it is random encounters.

hope i helped, enjoy.. This game's a pretty decent old-school RPG. Characters are fun, environments are pretty, the new music is good (some of the old stuff is pretty rough, as are some of the sound effects). A few UI choices are a little wonky (like how you cast healing spells), but you get used to them pretty quick, though I did keep noticing my little gripes. All and all, pretty fun, I enjoy it. If it's on sale, give it a shot.

Though there is a timing\/platforming section at the magic school which I hate, hate, hate. For that infurating section alone, this game might end up burning in video game hell. You'll get past it after a stressful hour or two, though.. Good game. But i dont like the "maze like" towns. But i recommend this to any classic JRPG fan.. This game was made back in 2010 for the Sega Genesis by the developers WaterMelon. The developers wanted to make this game as if it was released back in 1994. Everything about this game is FANTASTIC! Pier Solar is very reminisce to other RPGs of the time including Phantasy Star and Chrono Trigger. This game does have some issues, but every other game of that era had issues.

I have beat this game once, but I will be playing this game multipl...