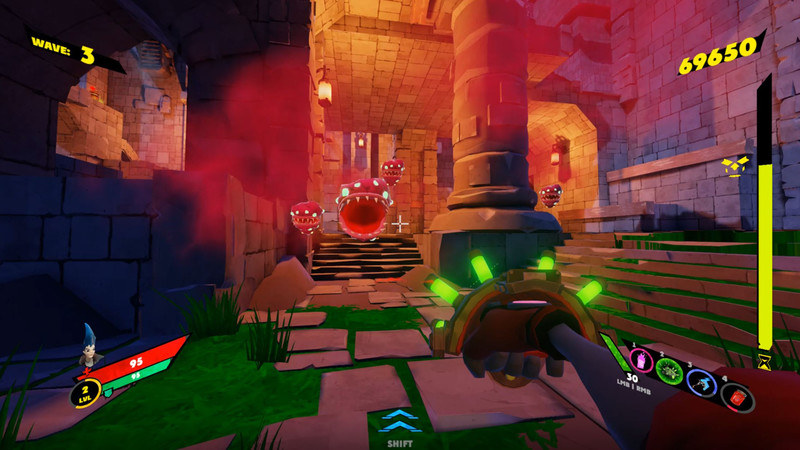 A young, reckless Mist Hunter strives to become the greatest hunter in the galaxy. He travels between worlds on the orders of The Iron Council to fight the Mist-corrupted creatures and followers of The Immortal Warlock R'axa.

After a devastating battle The Immortal Warlock R’axa has finally been defeated. The survived Mist Hunters have managed to imprison the weakened Warlock in a pocket dimension and stop his deadly crusade.

However, the Warlock’s legacy lives on. Scattered throughout the galaxy, HIS most faithful adepts relentlessly seek ways of bringing their Master back into our world.

Only the Mist Hunters can prevent the returning of R'axa. 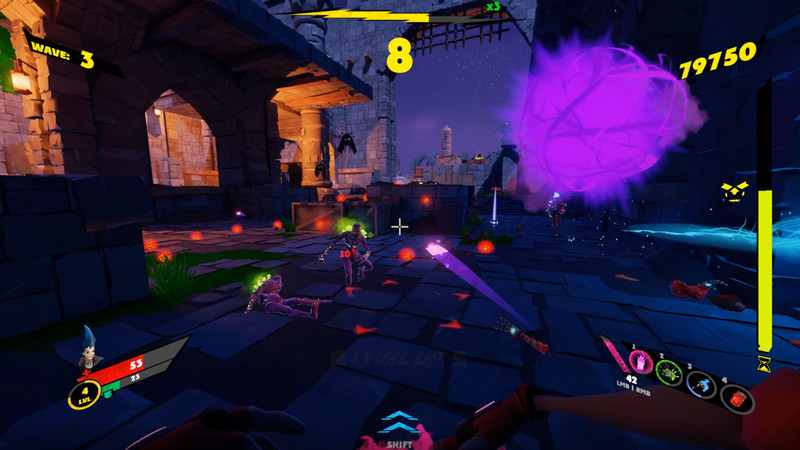 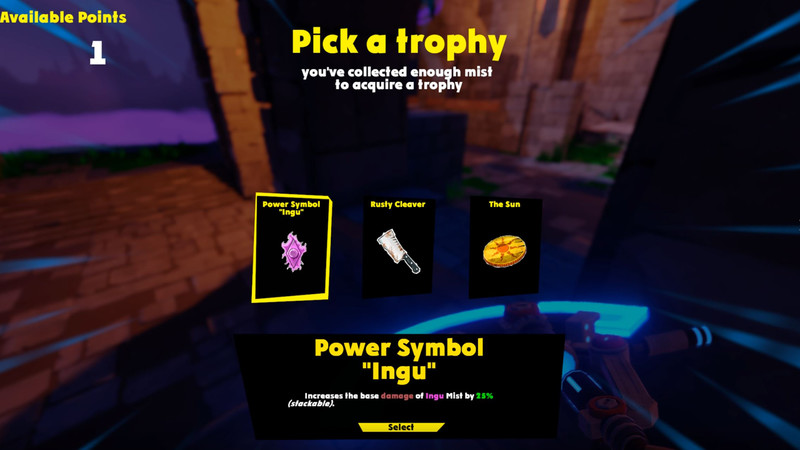 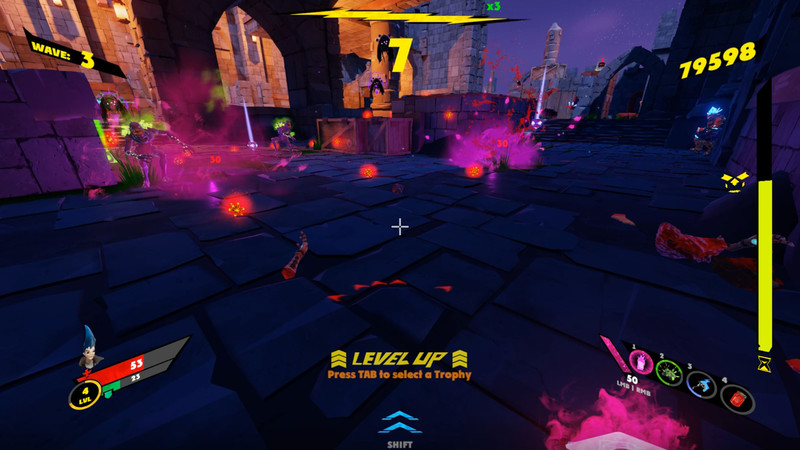 There are not many changes in this update, but they're very important as they change the flow of the game.

The first and the most important is the re-balance of base and bonus damage. Basically all enemies in the game have a more prominent weakness to certain type of the Mist ( ammo) you use against them. Many of them can be killed in one shot if use the right Mist. At the same time the base damage was nerfed, making some of the weapons less useful in some situations.

Ammo drops are more frequent now and are tied to the type of weapon and the Mist it uses. It doesn't mean much in the context of the demo as it has only 4 weapons. But later, as the number of shooty things grows it will give more freedom in the loadouts. For example you'll be able to equip two or more similar class weapons like shot guns simultaneously.

To make every run more interesting we buffed all the card trophies.

We'll post a bigger update about the progress we've made with the second mode very soon.

The current demo build has an issue with Xbox controllers (360 and X1). We know about this bug and will fix it very soon.

PS4 controllers work fine. Please use them if you want to play with a controller. The Switch pro controller might work too, but we haven't tested it.

Sorry for the inconvenience,

Flox Team. Mist Hunter demo is out!:
Hey all,

We finally made it. The latest demo of Mist Hunter is on steam, what means it has leaderboards now.

For those who aren't familiar with the game and the demo. The demo contains one level of an endless arena mode, which should give you the first impression of the game mechanics.

Your main goal in this mode is to get the highest score by killing enemies and striking combos. You also have a timer that you must replenish or you'll die when it runs out. Right now there are only four weapons and about 80 trophies to upgrade the character.


However, the arena isn't the main mode and at the moment we're working on the next mode - MAZE.


MAZE is going to be a rogue-lite dungeon crawler with bosses, secrets, key hunting, and many more upgrades and weapons. We plan to release it somewhere in August.


Until then we will be updating the demo and collecting your feedback. So if you have interesting ideas or suggestions feel free to them with us here on steam forums or in our Discord [discord.gg]


Flox team. Progress Update #2:
Those of you who've played the demo might have noticed another mode called the MAZE and this is what we've been working on for a while now.


The MAZE is a mega structure that changes every time a mist hunters enters it. The goal is to get to the mysterious power source that holds the MAZE together and destroy it. But it won't be easy. Every time you die you'll be thrown back to the MAZE's doorstep.


Drawing inspiration from games like Hexen, Heretic and Quake, we wanted our levels to have a similar labyrinth-like structure. So, we've started with a toolset that would allow us to create open semi-procedural levels with secrets, key locked doors and monster closets.


This is how it works. We design a number of level chunks, place enemies, pick-ups and secrets in those chunks. Then we create templates, basically make a diagram of how those chunks should be put together. Usually, in other games of this genre this step is giving out to the algorithms, but this approach gives less control over the flow of the level.

There is just a handful of level chunks, so I just put them arbitrary together to show how a most primitive template is being made.
https://i.imgur.com/zoLbAiP.gif


This is how it looks in the editor, when a level is being generated using the template.

And how it looks in the game


This method takes more effort and manual work, but I think the end result is well worth it.


Along with the toolset, we're also working on the MAZE's first world and its boss. Yes, there are going to be bosses.
And this the first one you'll have to face in the MAZE.

The Lord Gizzard - the king of void looters and Feru Mist junkies.

I don't want to give away his attacks, I'll only say that he has more then one phase.


If you want to say Hi or get smaller but more frequent updates you can join our discord[discord.gg] . Update #1 Demo Build 1059:
Hey all,

The demo has been out just for a few days, but some of you have already managed to get some crazy high scores.

A special thanks to those who recorded their let's plays. It's very helpful and fun to watch!

This update is mostly about bug fixing and small tweaks.The xbox controllers should work correctly now. We've slightly changed the UI and added descriptions to the combos and trophies that didn't have them in the previous build.

Enemies' damage will be steadily increasing after a 5 minute mark. It should create some additional challenge for the very skilled players.

Thanks for playing and we look forward to hearing your feedback.


P.S. If the demo doesn't get updated automatically try relaunching steam or reinstalling the demo. You won't loose your score.