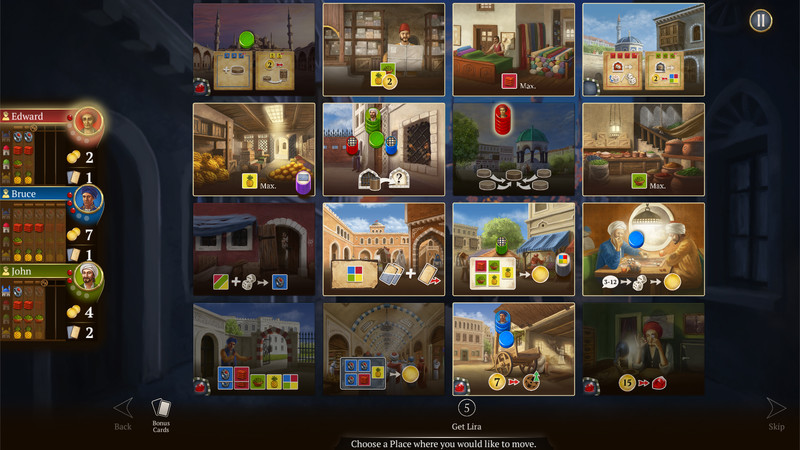 The official digital adaptation of one of the best board games in history – Istanbul.

Istanbul is, without a doubt, one of the best board games to have ever been published. The long list of awards and honors speaks for itself:

In our 2018 digital version we have maintained all of the features that made Istanbul the fan favorite that it is, but also expanded upon it with a number of tools and features only available on the digital platform. We maintained the authentic board game feeling with the convenience you can expect from an electronic device.

So what is the game about?

Can you be the first merchant to collect a certain number of rubies?
• Run, collect and trade goods across the bazaar
• Take control over your assistants
• Increase your wheelbarrow capacity
• Acquire special abilities to increase the advantage over your competitors
• Buy rubies or trade goods for them

In Istanbul, you lead a group of one merchant and his four assistants through 16 locations in the bazaar. In each such a location, you can carry out a specific action. The challenge, however, is that to take an action, you must move your merchant and an assistant there, then leave the assistant behind to handle all the details while you focus on larger matters. If you want to use that assistant again later, your merchant must return to that location to pick him up. Thus, you must plan ahead carefully to avoid being left with no assistants and thus unable to do anything…

What can you expect?

What are you waiting for? Become the best merchant in Istanbul! 6d5b4406ea 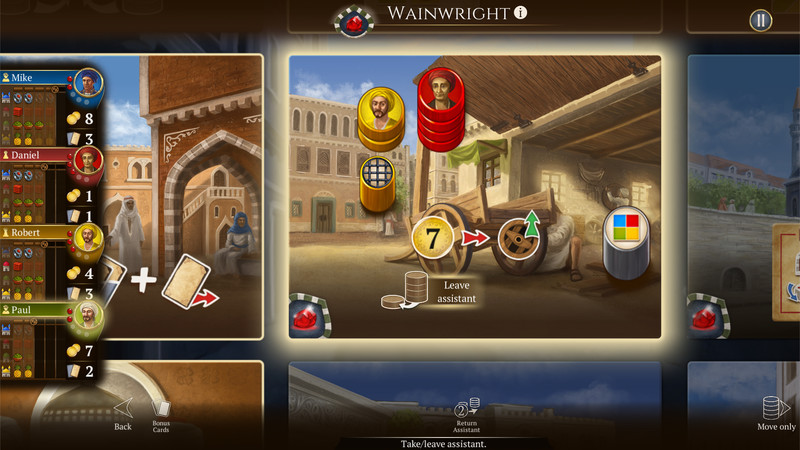 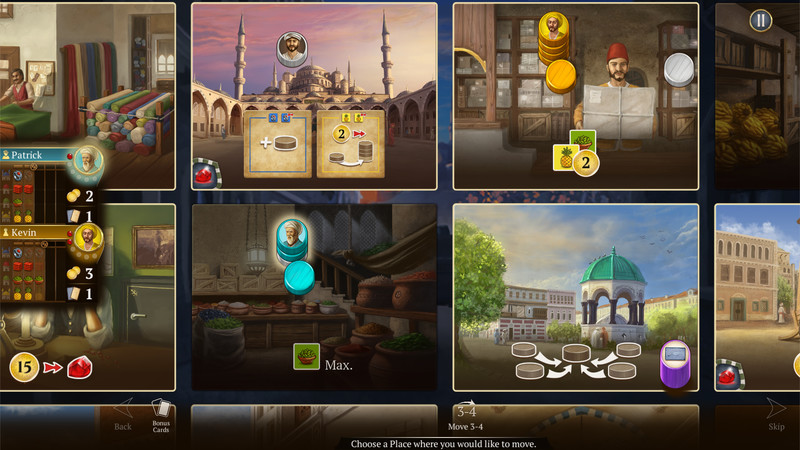 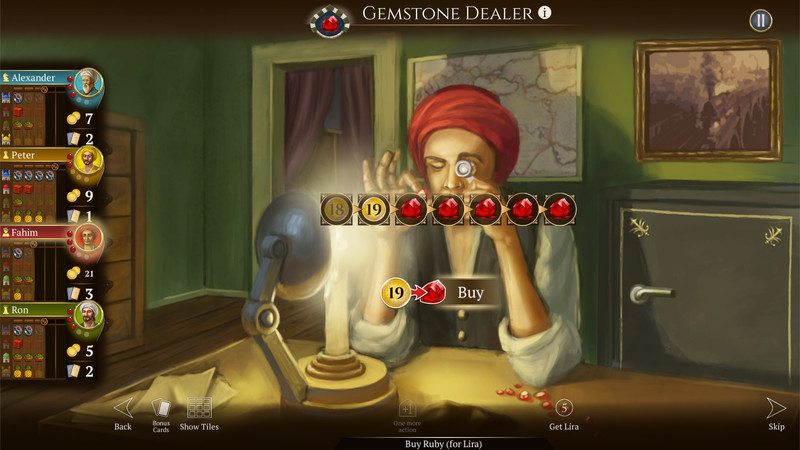 
Istanbul is well designed and implemented. The UI is at first a bit unintuitive at first but you can quickly learn your way around things. The online play is seamless. All in all there is nothing to complain about.. Great game - good digital adaptation. The tutorial leaves something to be desired - but afterr a few games with the computer I caught on. Now I gotta teach my kids this game. Also, the 'easy' opponents aren't all that easy.. Great game. The multiplayer works very well.. Making Istanbul game, translate to 5+ european countries but doesn't have Turkish translation.. Great game. Kids are learning to play as well. Fun multiplayer too.. Istanbul is a new addition to my list of favourite games. I do not own the physical game but cannot imagine how it could be different from this digital version.

Gameplay is turn-based on a 4X4 grid. You move your game piece around the board, selecting your own route and performing a different action on each of the 16 tiles. The object of the game is to be the first to collect 5 rubies through the collection and sale/trade of goods. You can initially carry only a limited number of goods and travel only a short distance, but your abilities are augmented throughout the game by purchasing wagon upgrades and mosques. There are many paths to victory and the ability for some mild interference amongst players. I find the game a good mix of strategy with plenty of tactical decisions, and I like that you have control of your own fate and play style.

The tutorials are helpful enough but it will still take a couple of games to be confident that you are making a sound choice and not just idly wandering through the board. The interface is beautiful and there are helpful mouse-over tips for everything. One gripe is that some of your available moves are not immediately evident, tucked away in a side or bottom bar, but it's probably the right choice to keep the UI clean and it would be annoying to those who already know how to play the game.

Once you have memorized what each tile can do for you, the game will 'click' and you will know what you want to do, but how you do it is ever-evolving and different on each playthrough. The game has very high replay value because you can randomize the tiles, play with friends or varying levels of AI, and there is an element of chance.. Istanbul Gurubaraga!?. Took several games to get comfortable with the rules and game mechanics but it's simple enough to understand. As I've got to know the game better I enjoy it more. Istanbul has been on my radar for some time but not played the actual boardgame before until buying the digital version so can't comment on comparison between the two. Been playing against AI which I've noticed can start getting predictable. The UI works seamlessly. Will purchase actual boardgame after playing this version.