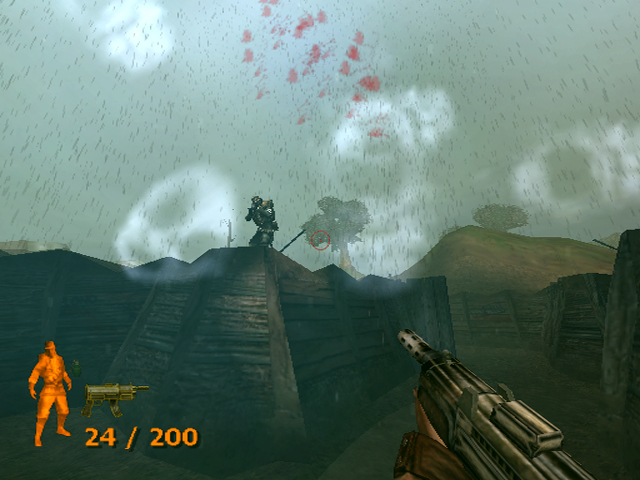 Western Germany, March 1964... The last Great War rages on. Madness at the front lines. Men butchering each other. War-torn Europe stands ripped apart by a front line that runs straight through the heart of Germany where American and Western European troops battle against enemy forces. An eternal war seemingly with no end in sight. Opposing forces mercilessly attack with unrelenting force, claiming small victories one day only to lose them the next.

As Lieutenant James Anderson you must infiltrate and destroy key enemy positions deep behind enemy lines. If successful, your mission could finally put a stop to the carnage and restore what everybody has long since forgotten about: peace. 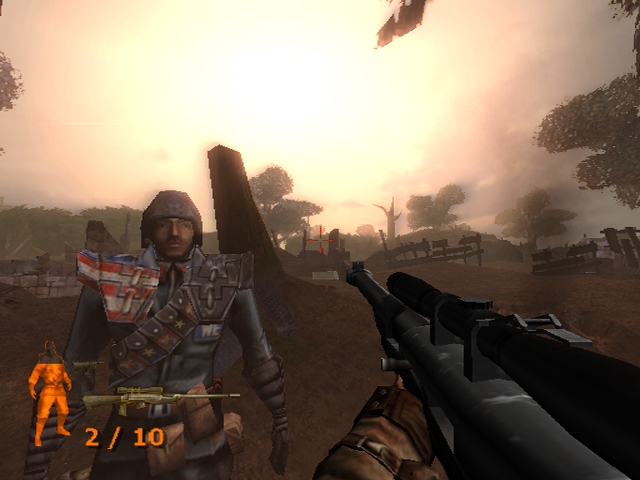 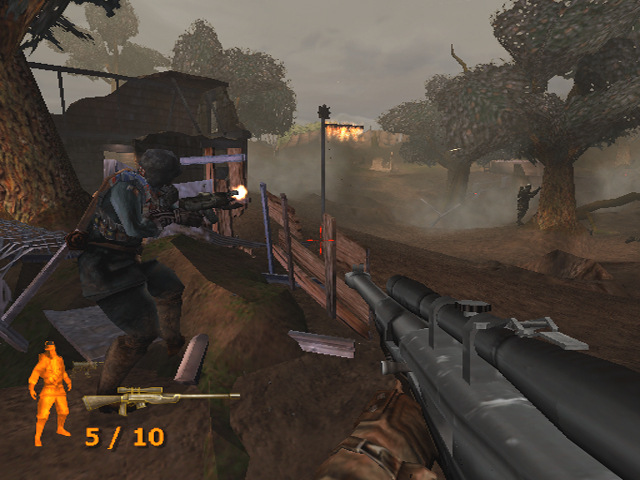 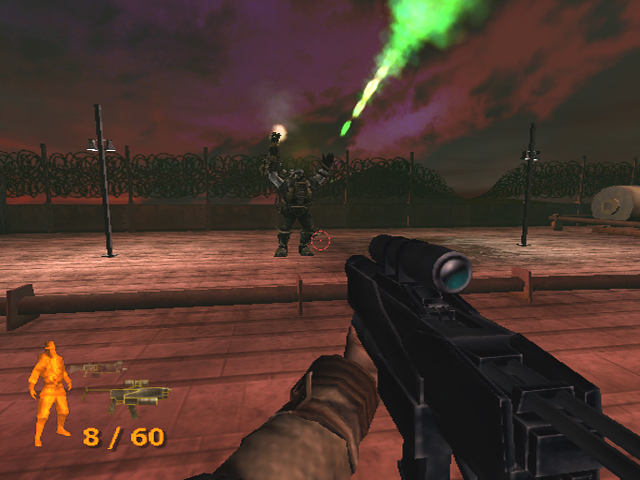 It's really good.. An obscure shooter from 2002 that has a "What if WWI never stopped" plot. The controls are a bit weird at first buty more ffluid once you get used to them. This game is primarily viewed in the third person though using first person view is optional as well. So far it is a difficult game with a steep learning curve...and it will test the metal of any veteran FPS shooter for sure.. A great alternate history FPS.
The good:

- Of what I so far have played, the fight in narrow corridors against the VERY heavily armored guy with a portable autocannon, is seriously frustrating. Only way to have it be playable is save ammo for the rocket launcher and try quickly offing him with it..

If you want a great war premise shooter, I recommend! Be warned, the difficulty at times is brutal.. There's something that I find charming about this game. So far I've played about 90 minutes and it's "good enough" for an old game, It has some challenge to it, which makes it fun. Offers both first and third person perspectives for shooting.
7\/10. I'll level with everyone here. This game is cheesy as hell and you can tell that it has a lot of heart. Though it looks like hell and is buggy, the story shines and that's what counts.

Give Iron Storm a chance and try to overlook it's problems. It's worth the $2.99. wtf is dis shieeeet \u2665\u2665\u2665\u2665\u2665. This game is \u2665\u2665\u2665\u2665ing horrible, the AI barely even help you and you will find yourself fighting battles by yourself and you always get sniped, even behind cover. Best game ever made 10\/10 still better than COD. Iron Storm
fast game with modern day graphics with easy controls that moves from location A to B to C and so on,
good amount of action and special effects

Personal Suggested Purchase Price: $0.99 Or Less During Sale. Ironstorm is one of these games that really annoys me.

Mostly because of how it's just a lot of wasted potential. It's a game with an extremely original premise, and it's bogged down by convoluted objectives and forced stealth missions.

Ironstorm takes place in an alternate history 1964, where World War 1 never ended. So you have things like trenches and mustard gas, but you also have automatic weapons and nukes. This premise is very good and I've never seen a game attempt something like this. Indeed the action segments of the game are passable and remind you a great deal of Return to Castle Wolfenstein.

Unfortunately the designers ruined this by having convoluted objectives like forced stealth segments. Ones where you require a strategy guide to get past. Or nearly impossible objectives like luring a tank to a prior area without getting instantly killed by it's gun.

The game is okay if you're particularly masochistic and don't mind looking a lot of the solutions up. But if you're looking for a quality fps experience that feels tested and polished look elsewhere.

Also note the screenshots for this game on the Steam store are misleading. They're screenshots from the later PS2 port. If you wish more accurate screenshots check out the Gog version.