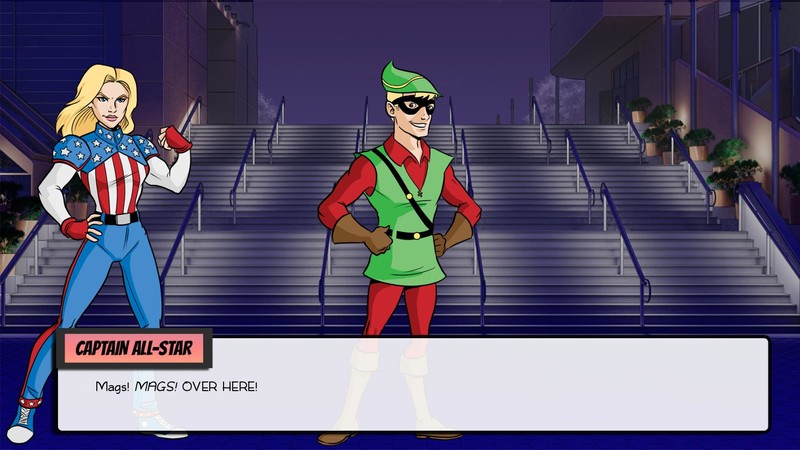 Enter a world of superheroes. Kind of.

The 20th Anniversary of the Age of Super Geeks has hit, and as a mild-mannered reporter, it is your duty to head on down to the local convention center and get the big scoop! Only, you're probably the only reporter there, as a Super Geek isn't as flashy as a Super Hero. You see, the difference between the two is.... one can leap tall buildings in a single bound, and one.... can tie your shoelaces with just their mind.

So, yeah, it's not the most flashy job to chase.

We wouldn't be as bold as to say that it's like playing an interactive Christopher Guest film, but that's exactly what it is like. 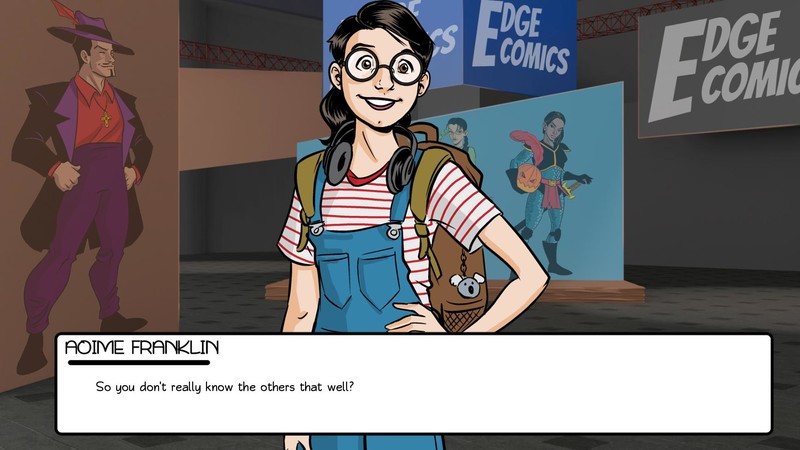 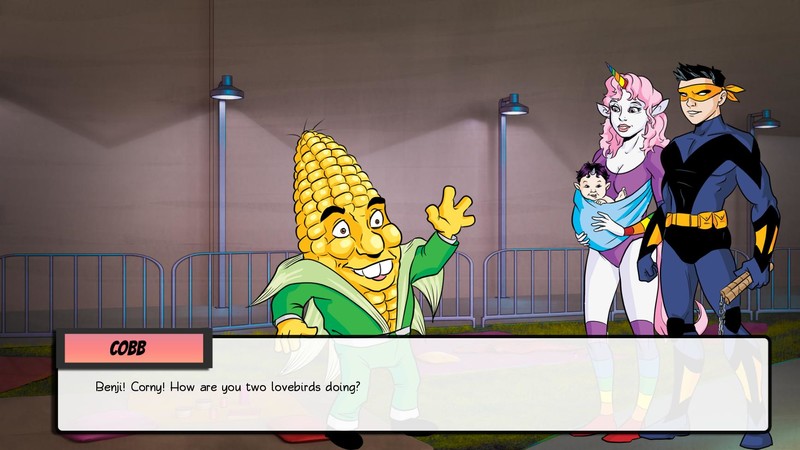 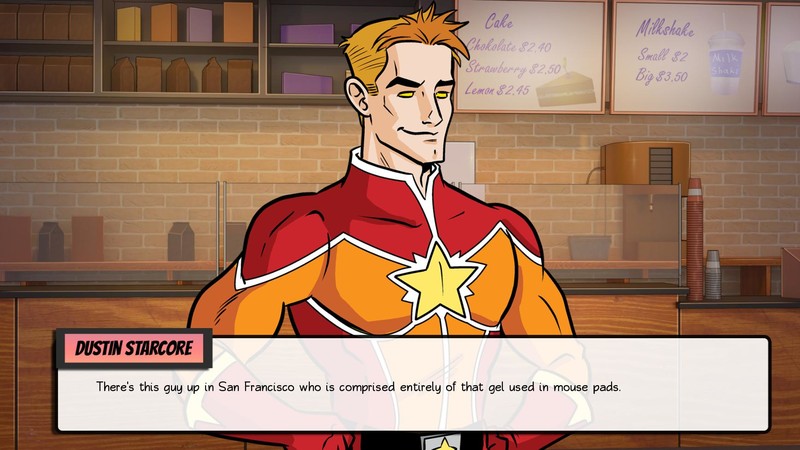 A hilarious romp though a con filled with wacky heroes with wacky powers. Fantastic writing and amazing art. I had a blast chatting with each and every character. Definitely worth a few more playthoughs to get the full back story of this crazy cast. 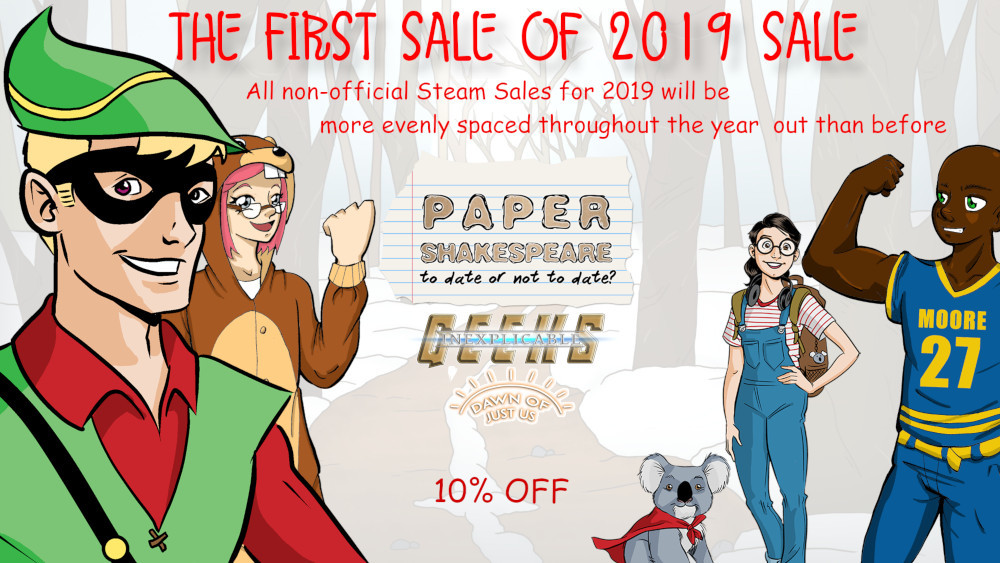 But wait, didn't you say that the last of the frequent sales was last time?

Yes we did. We're trying out no longer having things on a two month sales period anymore, instead stretching out our existing library of games.. patch v1.01 and Outfit DLC 1/2:

Well, too bad. We're recovering from Twitch Con. The plague has struck us.

Everything is 10% - 65% off!
Follow our Steam Dev Page for upcoming games and deals!

I mean, that counts as scary, right? Not having a fancy graphic?. some homemade cosplay for comic-con.:
https://store.steampowered.com/app/711950/

Let's try to draw. Again.. patch v1.13:
PATCH v1.13. NEW DEV PAGE is SEMI-FULLY OPERATIONAL.:
Have you ever wondered "hey, maybe I'd like to FOLLOW this studio/company/bunch of meddling kids to get notified by e-mail if they make new stuff"?

Or even "man, this current store page on Steam looks super lame"?

. HALLOWEEN DLC OOOOOooooOOOHhh!:
What's super scary? How about event-specific DLC that is late?