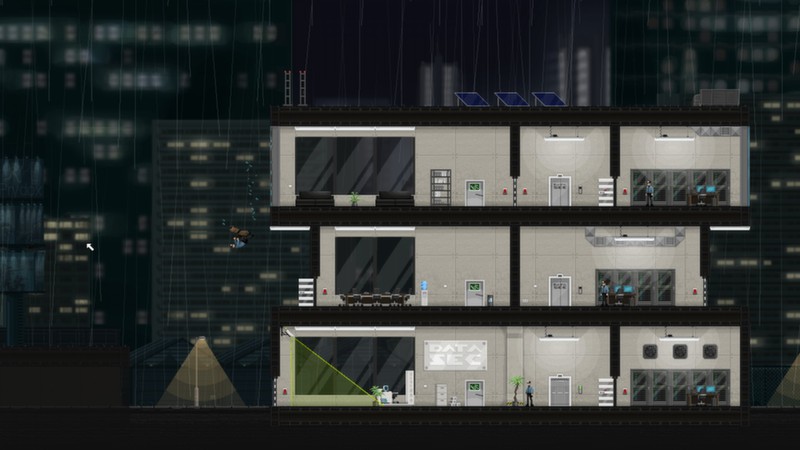 Gunpoint is a stealth puzzle game that lets you rewire its levels to trick people. You play a freelance spy who takes jobs from his clients to break into high security buildings and steal sensitive data.

To get past security, you'll need to make creative use of your main gadget: the Crosslink. It lets you see how all the security devices in a level are wired up, and then you can just click and drag with the mouse to wire them differently. So you can connect a lightswitch to a trapdoor, then flick it when a guard walks across to make him fall through. 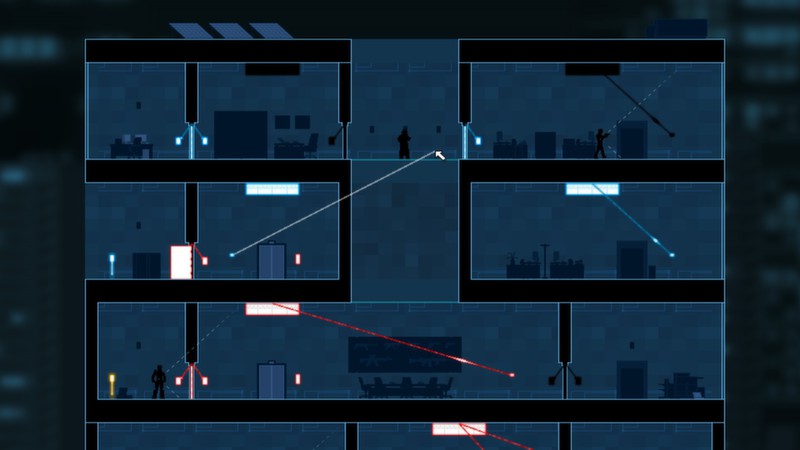 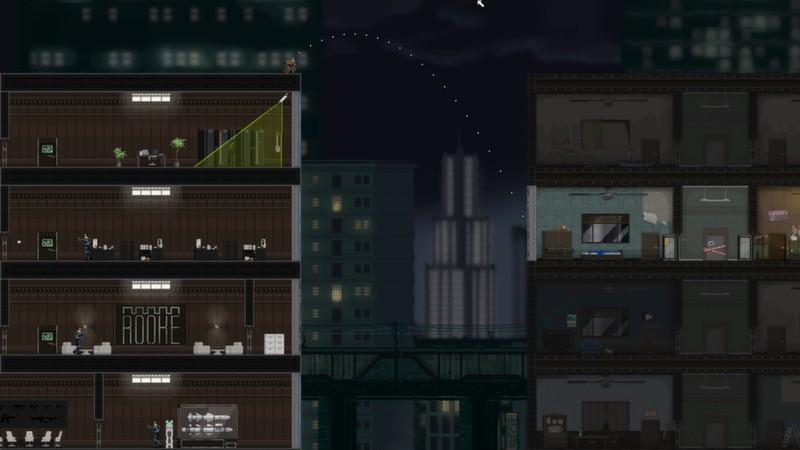 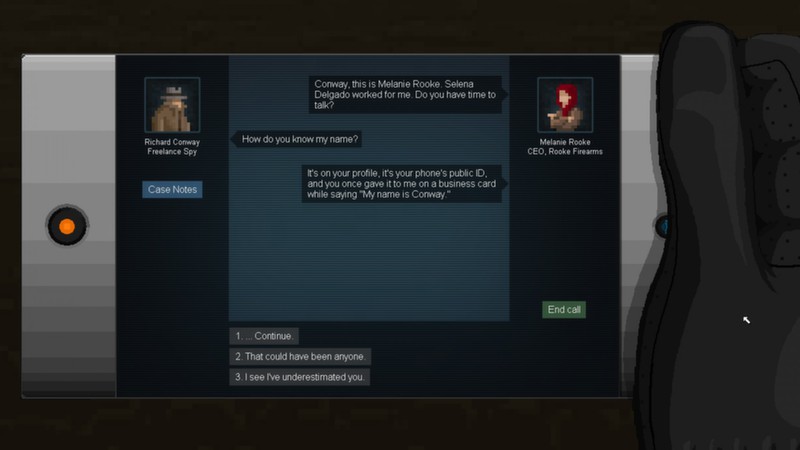