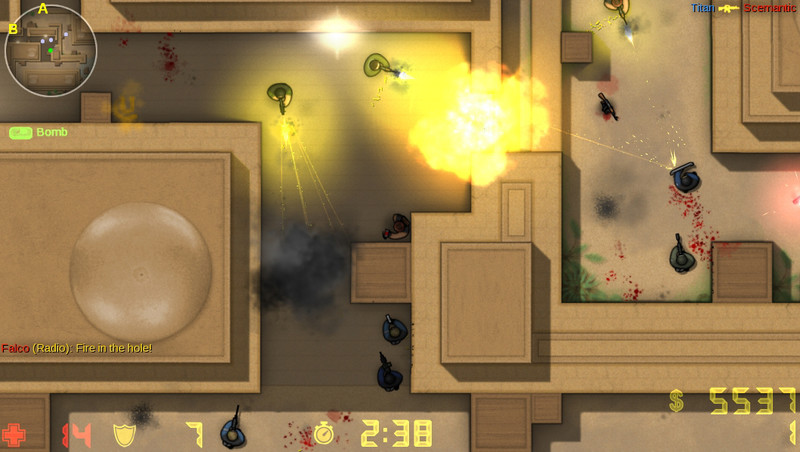 Two teams fight each other in action packed matches. With a variety of missions like bomb planting, hostage rescue, V.I.P. assassination, capture the flag, construction, zombies, deathmatch and team deathmatch. You have access to a huge arsenal of weapons - also including crazy stuff like portal guns, lasers, RPGs and much more. Play online, in LAN or against bots. Use the built-in map editor to create your own maps within seconds or write Lua scripts to modify and extend the game!

CS2D is 100% FREE! Zero costs. No payments. No pay to win. No way to spend money.
That's right! You don't have to pay anything to play this game! We just want you to have some fun! 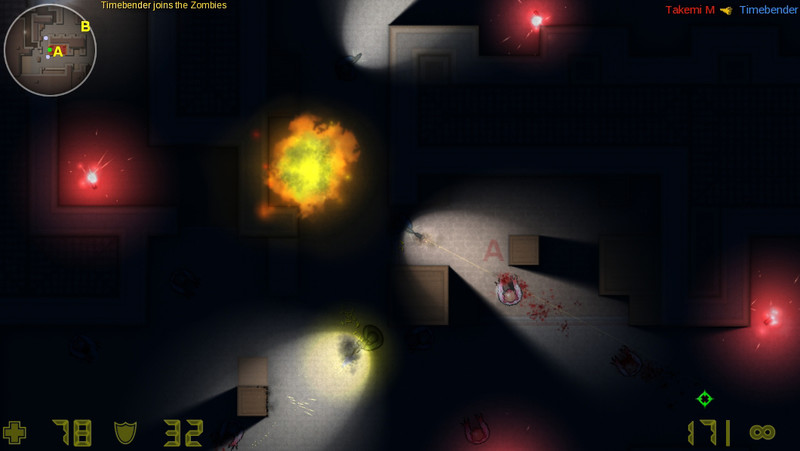 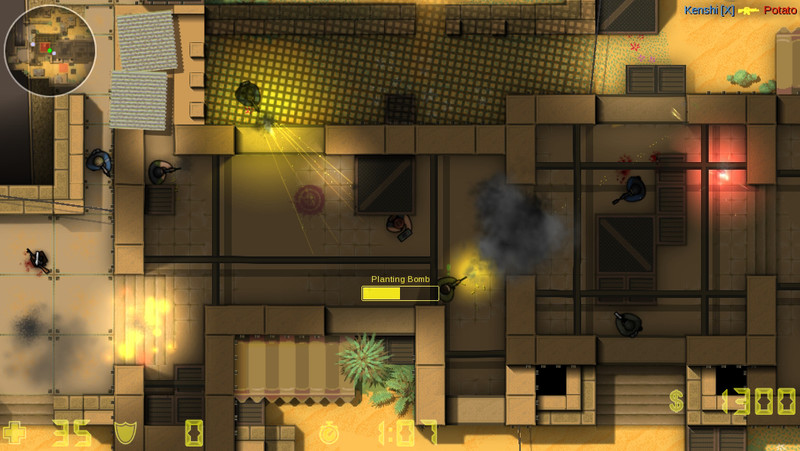 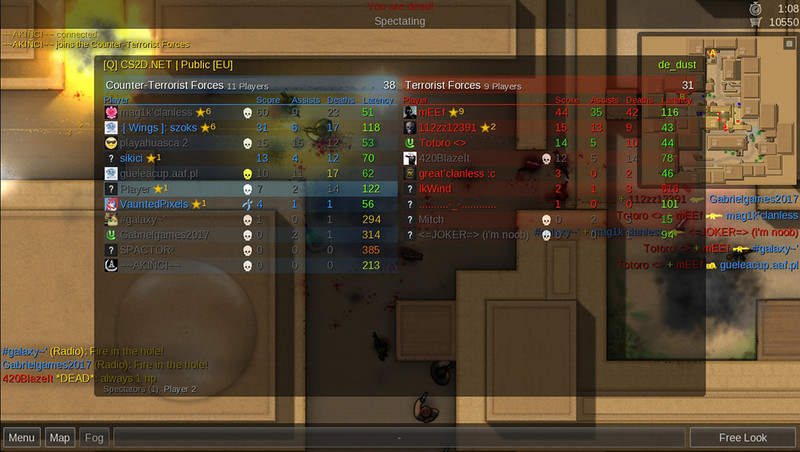 Note: There was a corrupted update depot for a short time frame. Please restart Steam if you have trouble updating CS2D!

Changelog. CS2D 1.0.0.5 Patch 2:
Another small patch. We encountered a problem with server list caching which can have a negative impact on performance. We also added OpenGL VSync with this patch and hope that it doesn't break everything.

Changelog. 0.7.9 Hotfix and General Improvements :
Wiped Version. Downtime and Version 1.0.0.7 Insights:
U.S.G.N. Service Downtimes. 1 Year On Steam Anniversary:
One year ago CS2D 1.0.0.5 has been released on Steam!
Let's celebrate this with some numbers! Hooray!

DO NOT USE THE AUTO UPDATE!