in love with cool music

not just a slave

put some pressure on me

as wide as large wave

and if you see fit

could be a brain wave

make all those thoughts okay

manitou guru how you were, sunshine stoned

instead of family crashin

to hopeless empty, creatin no cash in

its a miracle we wont blow

education, even love needn't give a shit

okay so i got myself a starving artist

at the second rate flop

no shame, no fear, no booze, no one here to mock

just shitcanned willin it to stop

thunder wakes me up

raisin the freak in me

hurt the self in the shitface of this game

hey the other me didnt notice your twisted shots

unroll the soul,smoke work it pull out the knots

drink myself to the floor fun

sendin out less negative ones

i fucked it up then i fucked er off

hey thats a star, best felt high on the pot

light research program erase all that

bad's not me no mo

his mess made me oh so sensitive

so ill make a stack

children are sacred not throw…

but i know that im alright

hit his head drown the other night

however it twists it dont exist

glad i dredged it out

and brave it out again

me and jesus make a good dog sled team

cabin south side of lake jesus people and me

drug high or does it take me low,

cos ive never been slow

why not just deal with things you dont like

spoiled me fuck it, get high feel alright

spirit of the pharoahs

breaking mental pictures thats all it is

replace that with the self love

you know the kinna me thing

ok so im lazy so what

no part of slave or dirty stuff

you got money to buy love

stop puttin us down

abusive noise in the head thing

After all these years

too much to hang onto

so much great life

but now what a chore

for those present enough to give up

the now is the life to live love

not get fucked in unbelievin

I haven't sent out news in a while...

I've been working on my next book, which should be complete and available by the end of March. I hope your Valentine's Day was special, as Mexican dinners with my Valentine always are.

My latest article, "The Scene of the Rhyme", was published today on Poetic Monthly Magazine. You can find it at http://www.poetstage.com/poeticmonthly.htm on page 46 using the "View Free PDF" link about half a page down. I am asked about…

wanted to write a poem for little boy battling cancer here in New Orleans.I found this poem to be the most challenging Ive ever written.Because my goal was to write a poem of inspiration to give hope and when you try to relate our world with that of cancer patient everything came out" deepest darkest tunnels,never ending dispair."I didnt want this to be message I was trying to convey to little boy fighting for his life everyday.I had to dig deep to really find a way to write a poem truly… Continue

FREE 20-track multi-genre roots music CD "Who Would Jesus Bomb?", featuring the Nashville Session
Players. All 20 songs and related videos from this CD may be downloaded for no
cost at www.FreedomTracks.com 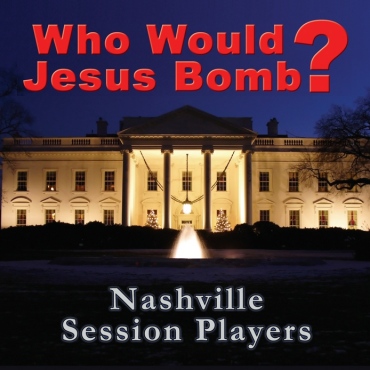 Yes, living in a small town I was privy to the worst Westerns, Audie Murphy, John Wayne, etc. It's a good thing they didn't stereotype the Injuns (Redskins... after all, murder is a sport). Now that army guy's up for killing two girls, maybe more. Imagine that, an Army guy a murderer. Next we'll have fat guys cooking food!

While splitting hairs in the awkward dark of dusk, we combed out a part, layered a braid, broke a pony tail, and ironed out an afro. Left
with serious bedhead, we grasped the headboard and took a wild ride
across the prairie, up the foothills, through the great divide to the
other side. Realizing we had left the stove on, we backtracked,
backpacked the pony trail, zig-zagged the foothill moguls, sailed
across the wheat,…

Hey Z, thanks for the gracious comments, always good to hear other musos that think yer songs have merit. It is so hard to get others to listen to your songs. I have songs on Crackbook with the app. "ReverbNation" and I think 5 people have listened so far. lol

i can't stop drawing i have so much art. i want to post it on this site but i'm not to sure. see i posted a pice of my work on face book. later on a friend of mine had a printed copy and had it in her house. i took it off the site since i really don't feel comfortable. i want my art out there but not if i don't get the credit. does anyone else have this feeling or am i just beeing totally paranoid.


And then there were two
Just me and just you


And then there was one
Details revealed
Investigation begun


And then there was none