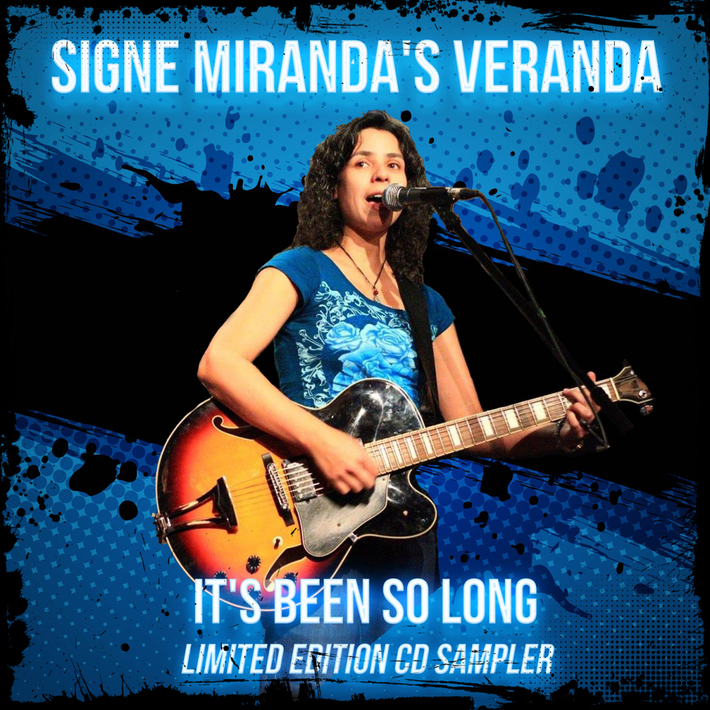 Signe outside of Chatham

"This photo is so cute. I have something similar in the archive when we went to the marijuana farm. There were sites with very small plants and there were sites with huge bushes. That was interesting. I have never seen real cannabis before. Usually,…"
May 14, 2020

Here's a place to tell us about or post your short stories. It's also a place for us to collaborate on short stories.
Feb 21, 2020
1 Comment 0 Likes

"Simple girl, right. However, she is very sweet. I like those. I'm not at that age to meet such young and beautiful girls, so I use a special site. Some speak negatively about the escort but I know that they are often very fragile and tender. I…"
Oct 28, 2019

Toronto-based Signe Miranda's Veranda is a four-piece alternative roots-rock band who's latest release blends together a sound that seamlessly brings you on a journey from post-break-up, alt-pop-punk title track, “September Night” to warm, spacious, alt-country gem, “Like It Was Yesterday”. "September Night" received "Honorable Mention" in the 2010 Song of The Year competition (The Songwriter Foundation) and "She's Breaking Up" was #48 on NBTMusic Radio's top 100 songs of 2012, a German internet-based station.

The Sounds of the Night

The sounds of the night

The silence of the light

In the wee morning hours

From within the soul empowers

And the heart flowers

Open up to another phase

Fly away with delicate wings

As your heart sings

Love is the Light

Love is the light that shines all around.
Life is the love that grows from the ground.
When our words are the most silent of sounds,

For things that have no measure

Things that are eternal

And bring joy of that we yearn for

Besides the inside looking out

The side of it that projects upon

The image of the illusion, the song

The soul, the freedom from within

There's more than all we thought we…

I'm going to this vocal workshop tomorrow in Toronto, with an amazing vocal coach, Mary Michaela Weber. Check it out! There's still room.

Somewhere Between the Seasons

Somewhere between the seasons

The scent of fireplaces brewing

All the plants renewing

Summer sun in the skies

The dew begins to rise

Spring is holding back

Yet we're right on track

It teases our resilience

The earth's beauty and glow

It will come around

Thanks for your kind comment on my music. Much appreciated.

i had no internet for 6 months.sad to see so few comments............luckily i quit my job to focus on proomotion till savings run out....cool

hope you got some cool links for promo or however it works......

ive been attempting to help the lazy poets promotion with rich underhill....hes a good friend and could be fairly easily persuaded to play on a demo or live video/film thing.

maybe xheck out a band named cush and lush sonic searing guitars ...or the ethereal digital delay and chorus of the ever spacey cocteau twins......im a sucker for gimmicry in  production.....and heard some danny lanois the other night..and i thought.....very clever production.....by the way i thought of a contest where native musicians pair up with a compatible non-native person and write a tune together..it would be cool to have fellow native friends like dan lanois or robbie robertson vote on their favourite and maybe even rap off a quick scratch tune version.........u can tell ive bben smoking something......................im so funny............................ciao

Bobby Z said…
there ya go ...i cut down on the angst words....im doing a study on caffeine psychosis,,,,eventually get federal funding.....i just assumed everyone was having fun with it......its a real alternative take for freaky german artists.....plus i need a hobby, the cooll people in guelph are 20 and i am not......ciao

Gary Tipping said…
Thanks for your support of my music.  Much appreciated.

Bobby Z said…
please dont worry about my comments harming people..im a buddhist and to me nothing exists but i will respect the new direction of the site....which is perfectly timed since im doing deep trance writing stuff and it will be too freaky for most....and ive been bugging people to teach me computer but it keeps gettin blocked by some force ( probably my own negativty) so then i can blog on my space........the only reliable computer guy i have is rich underhill in toronto but i dont like to pressure himcos hes important or something but hes aall i got ...he likes the weirdness of my writings cos hes way beyond the music biz and its politics .plus hes jaded and crystallized like me, so i guess i should target that group instead of this one........................peace over