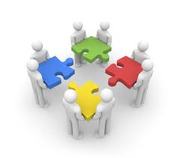 Oregon missed a chance to control its own destiny in the Pac-12 North Division and now the 21st-ranked Ducks will hope for some help as they prepare to visit Arizona on Saturday night. Oregon lost at No. 15 Washington State 34-20 on Saturday and sits a game back in the loss column to the Cougars, No. 13 Washington and No. 23 Stanford with five contests remaining.

The Ducks don't play any of the three teams in front of them in the North Division the rest of the way, but Stanford and both Washington schools will meet each other down the stretch, making it difficult for Oregon to get to the front. A win against Arizona will make the Ducks bowl-eligible for the 13th time in the past 14 seasons, however. Arizona had two costly turnovers in the end zone in a 31-30 loss to UCLA on Saturday, its third defeat by five points or fewer this season. Arizona quarterback Khalil Tate came into the season as a potential Heisman Trophy candidate, but he struggled to adjust to new coach Kevin Sumlin's system, and then an ankle injury kept him out against UCLA, leaving him questionable to play this week.TV: 10:30 p.m. ET, ESPN. LINE: Oregon -9.5ABOUT OREGON (5-2, 2-2 Pac-12): Ducks quarterback Justin Herbert has been solid on the road in his career, especially in conference play. He has 17 touchdown passes and just one interception in eight Pac-12 road games in his career, and has completed his past 205 throws without an interception in conference road games, throwing 12 touchdowns in that span. Herbert has a touchdown pass in 22 straight games, home or away, the longest streak in the FBS.

This group does not have any discussions yet.